Over 45 Deaths from Severe Weather in Mozambique

Heavy rains and storms continue to heavily saturate the northern provinces of Mozambique and the damage has been devastating for some.

Since the beginning of the current rainy season alone, flooding has affected over 26,000 people while wiping out 1,202 homes and destroying an additional 3,941.

The below screenshot from our PulseRad display shows the high rainfall totals for the area for the month of February. As you can see from the key, the regions in red were hit the hardest with the highest rainfall totals ranging from 127-203mm.

While rain and flooding have been among the largest problems for the people of northern Mozambique, lightning activity is also a concern.

A particularly severe storm brought heavy lightning totals to Mozambique in a short period of time. Over 168,000 cloud-to-ground (yellow) and in-cloud (purple) lightning strikes endangered the lives of those in the Mozambique region during this storm.

Earth Networks strength in monitoring in-cloud lightning, which accounts for almost 80% of all lightning strikes, enables our Dangerous Thunderstorm Alerts.

During this storm, we issued 49 individual DTAs in Mozambique. See our DTAs in action in the video below:

Is your emergency management team ready for the 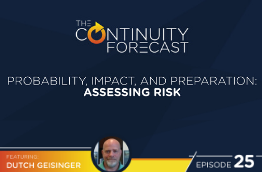 There’s a pretty low probability that aliens will