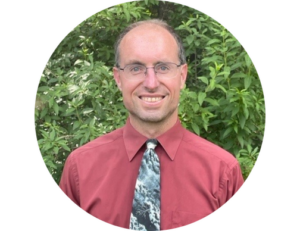 Chad Merrill joined Earth Networks in August of 2008 as a meteorologist. Prior to becoming a full-time member of the Meteorological Operations Department, Merrill was the weekend meteorologist and multi-media producer at WHAG-TV in Hagerstown, Md. He covered notable weather events such as the massive floods in late June of 2006 and the Mid-Atlantic severe weather outbreak in early June of 2008. He began his career in 2003 at WJAC-TV in Johnstown, Pa., where he served as the overnight news producer/editor. He also had the chance to fill-in for weekend weather shifts and during holidays.

Merrill always had an interest in the weather growing up. He conducted numerous science fair projects relating to the atmosphere and in middle school was a weather watcher for WUSA-TV, Channel 9, in Washington, D.C.

Merrill graduated with a bachelor of science degree in meteorology from the California University of Pennsylvania and has earned his NWA (National Weather Association) Seal of Approval. When he is not working, Merrill enjoys golfing, swimming, running, skiing, and listening to classic rock-n-roll hits from the 50s, 60s and early 70s.