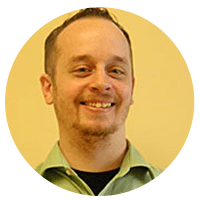 Fred Allen is a meteorologist at Earth Networks. In this position, Allen updates, writes content and produces graphics focused on adverse weather occurring across the United States. He also performs general forecasting duties for professional sports associations and is responsible for quality control of weather data.

Allen joined the company in September 2010. Prior to Earth Networks, he was contracted through the National Weather Service as an Upper-Air Observer for the Chatham, Mass., Upper-Air Site. In this role, Allen was responsible for preparing and quality control of radiosonde data and complete rawinsonde trains to obtain upper-air data that would be then put into the super computer models for use by the public and private sector to make forecasts.

Allen began his career at Meteorologix, LLC, in Burnsville, Minn., as an intern. Upon graduation, he joined the company by working the international forecasting desk, where he prepared 5-day forecasts with technical discussions for regions that included Asia, Australia, Europe, South America and Mexico. Later, he moved to the newspaper department, where he prepared forecasts and built graphics for The Boston Globe, The New York Times and the Times Picayune. After that, Allen worked as an energy demand forecaster, first for the northeast, where he handled technical discussion and forecasts up to 14-days for major energy utilities throughout the country. He also forecasted for the Red Sox and Cincinnati Reds.

Allen received his bachelor’s degree in atmospheric science from the University of Massachusetts at Lowell. In addition, he held a National Weather Service Certificate of Authority to Take Weather Observations and has been a speaker at the Southern New England Weather Conference. He was also the vice president of the AMS University of Massachusetts-Lowell chapter in 2000-2001.

Allen married his wife, Alisia, in December 2010. They welcomed their daughter Addison Eve, in April 2011, and son Mason Matthew, in March 2014.