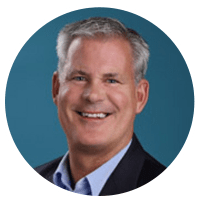 John Doherty is the global development officer for Earth Networks. In this role, Doherty oversees global programs and expansion initiatives including climate change adaptation solutions with the National Weather Service in the United States, and NASA as well as meteorological agencies around the world to build resilience to severe weather. In addition, Doherty is driving climate change mitigation activities such as accurate greenhouse gas inventories with leading researchers. John works with key individuals on Capitol Hill and in government agencies, as well as within organizations such as the World Bank, World Meteorological Organization (WMO) and United Nations, via public-private partnerships to strengthen weather infrastructure and deploy early warning systems.

Prior to joining AWS, the company that would become Earth Networks, Doherty served as vice president of government markets at AT&T. He also held several other positions at the telecommunications giant, where he led sales and marketing to numerous government agencies, including the Department of Agriculture, NASA, Department of Energy, Department of the Interior, Department of State, Health and Human Services, and the EPA.

Doherty is a graduate of The Catholic University of America, where he studied economics. He attended executive MBA programs from Cornell and University of Pitt. He currently serves on the Networks of Networks committee.