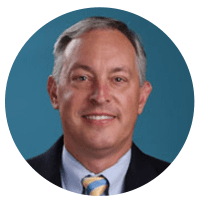 Rich Spaulding joined AWS Convergence Technologies, the company that would become Earth Networks, in 2004. As president and chief operating officer, Spaulding was responsible for leading both the company’s WeatherBug consumer and enterprise weather businesses.  In the fall of 2016, he led the successful sale of the WeatherBug consumer business and upon the spin-off of the company’s smart energy/connected home business in August of 2017, was elected chief executive officer and a member of the Board of Directors of Earth Networks. Earth Networks’ operates the world’s largest proprietary global environmental networks to help organizations mitigate financial, operational and human risk. The company supports schools, airports, sports teams, utilities and government agencies that rely on early warning solutions to safeguard lives, prepare for weather events and optimize operations in over 90 countries worldwide.

Before joining the company, he was senior vice president and CFO with ePresence Inc., where he played an integral role in its initial public offering and the ultimate sale of the business to Unisys in June 2004. In March 2000, Spaulding played a key role in the initial public offering of ePresence’s internet subsidiary Switchboard Inc., which raised nearly $100 million. Spaulding was a member of the Switchboard board of directors until its sale to InfoSpace in June 2004. Prior to joining ePresence, Spaulding held several management positions with C.R. Bard Inc.

Spaulding is a member of the American Meteorological Society’s Finance Committee and Commission on Climate, Weather and Water.  He is also a board member of the Maryland Business Roundtable for Education and another privately held organization. He graduated with honors from Wake Forest University, earning a bachelor of science. He received an MBA with distinction from Babson College.