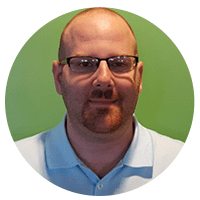 Mike Hertz is a meteorologist who joined Earth Networks in May 2016. He is part of the 24/7 Meteorological Operations Department producing forecasts for various clients across the United States and worldwide. In addition to forecasting, Mike also publishes weather content and quality control of weather data.

Prior to Earth Networks, Hertz worked at Fleet Weather, formerly known as Accuritas in Hopewell Junction, NY from May 2011-2016 as a Lead Meteorologist. Here he served a variety of clients producing written and verbal forecasts. Such clients included baseball teams, films and TV shows, roofing contractors, airports, and agricultural companies all of which had certain weather thresholds to sustain work. In addition, he did some work with ship routing, including monitoring vessel fuel and distance information.

Hertz began his career at NBC Universal in Manhattan, NY from February 2004 – May 2009 where he worked as a weather forecasting producer. Hertz created all the graphics for the morning and nightly weather news segments for the on-air meteorologists.

Hertz received his bachelor’s degree in atmospheric science from the State University of Oneonta and graduated in 2003. He volunteered taking daily weather observations in the campus’s Science Building.

When not working, Mike loves spending time with his family with his two favorite hobbies of playing pool and poker.

Hertz married his wife, Christina in May 2015 and had their first child Alex Hertz in July 2014. They are expecting their second child in early December 2016.