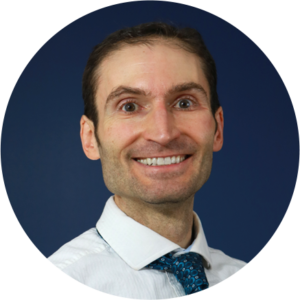 Steve Prinzivalli is a Program Manager who supports Enterprise clients such as NOAA, NIST, National Grid, Value Added Resellers (VARs), and researchers with their data needs. He has also worked with our suite of Earth Networks TV partners to help promote and grow the network while troubleshooting issues.

Prinzivalli originally joined the Earth Networks team in February 2008 as a broadcast meteorologist, producing weathercasts for both online and mobile platforms while providing forecast support for the clients such as the NFL and MLB. He also leveraged his meteorology skills as a product manager with a heavy focus on enhancing the Earth Networks Total Lightning Network (ENTLN) and its derivative products.

Prior to joining Earth Networks, Steve worked as a TV meteorologist for KSNW in Wichita, Kan., WVIT/WBGH in Binghamton, N.Y., WSYR in Syracuse, N.Y., and WHIO in Dayton, Ohio. He enjoys sharing his knowledge of weather and has taught meteorology at Penn State, West Chester University, and Broome Community College.  In between stints at Earth Networks, Prinzivalli got his feet wet in non-profit work and fundraising as general manager at WMET 1160 AM, the Catholic Radio station serving the greater Washington, D.C. metro area.

Steve earned a bachelor’s of science degree in meteorology from Penn State University. He continues to leverage his forecasting skills as a broadcast meteorologist for WTOP radio, 103.5 FM, in D.C. When not behind the mic, he enjoys running, whipping up pepperoni bread in the kitchen, and spending time with his lovely wife and great kids.