Everything you need to know about wind

We’ve all felt the wind blow, but do you know what it really is or how wind forms?

This Weather 101 Guide on wind will answer all your wind-related questions. Our meteorologists helped create this guide so you can blow away your friends with wind facts.

Use the buttons below to jump to a specific question, or read the entire guide and become an expert.

One last thing before we get started – A special shout out to Earth Networks Meteorologist, James West, for all of his help and wind knowledge.

Download a PDF version of the guide you can reference later.

What is Wind? How Does Wind Form?

Wind is the horizontal motion of the air past a given point.

Winds begin with differences in air pressures. When air pressure is higher at one place than another, it sets up a force. This force pushes from the high pressure towards the lower pressure. The greater the difference in pressures, the stronger the force. It’s important to note that there’s no set number that divides high and low pressure.

Wind speed is determined by air pressure. Besides force, the distance between the area of high pressure and the area of low pressure also determines how fast the moving air accelerates.

Wind is used to describe the prevailing direction from which the wind is blowing with the speed given usually in miles per hour or knots.

Also, friction along the ground and the Coriolis effect plays a significant part in the speed and direction of wind. Rougher surfaces have higher friction, which causes the winds to be weaker and change the direction towards low pressure.

The Coriolis Effect is an effect whereby a mass moving in a rotation system experiences a force (the Coriolis force) acting perpendicular to the direction of motion and to the axis of rotation.

What Are Wind Gusts?

According to the U.S. weather observing practice, gusts occur when the peak wind speed reaches at least 16 knots. To be a wind gust, the variation in wind speed between the peaks and lulls must also be at least 9 knots. The duration of a gust is usually less than 20 seconds.

A lot of people ask about types of wind. We hate to burst your thought bubble, but wind is wind… for the most part. However, local weather and geographic effect can cause regional variations in winds.

For example, sea breeze and land breeze are types of winds caused by differential temperatures between land and sea.

On a larger scale, the India and U.S. Southwest monsoon is a large scale weather pattern driven by seasonal reversing winds.

Other types of wind include Katabatic and Anabatic winds. A katabatic wind is the technical name for a drainage wind. A drainage wind is a type of wind that carries high-density air from higher elevations down a slope under the force of gravity. Also called fall winds, katabatic winds can rush down slopes at hurricane speeds, but most are no faster than 10 knots.

On the other hand, anabatic winds are a type of wind that move upslope. Warmer surface temperatures on the mountain slope compared to the surrounding air drive these winds upward.

Katabatic and anabatic winds have fancy names like Chinook, Bora, Chinook (aka the Snow Eater), Santa Ana, Sirocco, Mistral, Ghibli, etc. Some of these names – especially the European names – are also names of cars by German or Italian luxury car makers.

What are Classifications of Winds?

Is there a wind speed chart? There are two popular wind classification scales, including the Beaufort Wind Force scale and the Saffir-Simpson Hurricane Wind scale.

Since 1805, mariners have used Beaufort Wind Force scale. Named after the Irish hydrographer who invented it, this 0-12 scale takes into account the strength of the wind and tries to match it up with sea conditions in open water. On this scale, 0 refers to calm winds while 12 refers to hurricane force winds.

The Saffir-Simpson Hurricane Wind scale is another way of classifying winds for tropical systems. This is a much more popular wind scale, as mostly everyone has heard hurricane classified by categories.

While you may think a larger category storm is bigger than a smaller one, the Category of a storm depends entirely on wind speed. There is discussion in the meteorological community around the question “Should the hurricane scale be changed?”

After learning what wind is and how we classify it, it’s no surprise to learn that wind can be pretty dangerous. In fact, there are several types of wind weather warnings to help keep people and businesses safe from dangerous winds.

The U.S. National Weather Service has several wind-related warnings, watches, and advisories. We cover the warnings that mention wind below. It’s also a good idea to research hurricane watches and warnings.

A Wind Advisory is issued for either of the following two reasons:

When there are wind gusts of 46 to 57 mph for any duration.

When there are wind gusts of 58 mph or higher for any duration.

When there are wind gusts of 58 mph or higher for any duration.

Hurricane Force Wind Warnings are specifically for the Tidal Potomac River and the Chesapeake Bay areas. These wind warnings are for when one or both of the following conditions are expected to begin in the next 36 hours but are not directly associated with a tropical cyclone:

When there are sustained winds over 64 knots or greater

How Do You Forecast Wind?

First, meteorologists must forecast the likely barometric pressure. They do this based on existing high- and low- pressure fronts as well-known causes of increasing and decreasing pressure. Michael Barnard does a great job of explaining the rest of the factors that go into forecasting wind further on Quora. They include:

There is so much more to know about wind! Not everything you learn about wind has to be so technical, either. Here are some easy-to-digest wind facts that might surprise you!

Did you know there are winds in space? Saturn and Neptune feature the fastest planetary winds in our Solar System

We use anemometers to measure wind speed

We use weather vanes to indicate wind direction

The fastest wind speed not related to tornadoes ever recorded on Earth happened on Barrow Island, Australia, as Tropical Cyclone Olivia passed by April 10, 1996. The anemometer recorded a wind speed of 253 mph!

Wind can provide energy with the use of wind turbines

There are hundreds of songs with “wind” in the title including The Wind Cries Mary by Jimi Hendrix and Summer Wind by Frank Sinatra. You can learn more songs about wind on our blog

Now that you’re an expert on wind, it’s time to learn more about weather! Our Weather 101 guides cover everything from hail to heat. Click the link below to get started on a guide that matters to you! 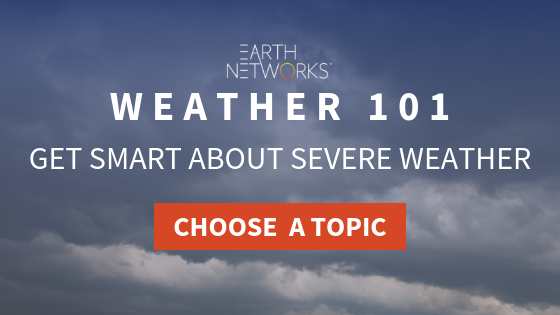 If you feel like you’re not exactly a wind expert yet, reach out to us with your questions on Twitter. Our meteorologists will get back to you as soon as possible!