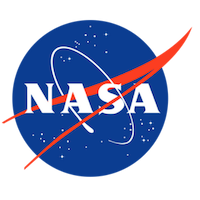 The U.S. Army’s Joint Base Myer-Henderson Hall leverages Earth Networks total lightning data and Sferic Siren outdoor alerting system to effectively manage weather impacts on critical military operations, training, and events. Decision-makers at this Joint Base initially installed a Sferic Siren system with horn and strobe warning capabilities to protect the thousands of members of the public that visit every summer for the weekly, live military performance called the Twilight Tattoo. Since then, they’ve expanded their weather intelligence suite to include real-time lightning data for tracking storms.

Located near Arlington, Virginia, Joint Base Myer-Henderson Hall is comprised of Fort Myer, Fort McNair, and Henderson Hall. Joint Base Myer-Henderson hall is headquarters to serve personnel working throughout the National Capital Region and provides housing, support, and services to thousands of active-duty, reserve, and retired military, members of the U.S. Coast Guard, and their families stationed in the United States Army Military District of Washington. This Joint Base is also home to the military’s largest child development center, the Cody Child Development Center (CDC).  In addition to being an active Joint Base, Myer-Henderson Hall is also a visitor destination as it resides close to Arlington National Cemetery and hosts the Twilight Tattoo.

The National Oceanic and Atmospheric Administration (NOAA) has been an Earth Networks partner since 2006. NOAA’s line offices including the National Weather Service (NWS) and Oceans and Atmospheric Research (OAR) use Earth Networks total lightning data and surface in-situ weather observations to enhance its nowcasting and severe weather forecasting at its Weather Forecast Offices (WFO’s) across the nation as well as at its world class research laboratories.

Via a Cooperative Research And Development Agreement (CRADA), Earth Networks established and deployed a system to meet the needs of the NWS and others that uses GPS data for determining the amount of total water vapor in the atmosphere, giving forecasters access to unique information to drive improved numerical weather prediction. Additionally, Earth Networks SaaS-based visualization platform, Sferic Maps, is available to NWS WFO’s to assist forecasters in storm tracking and alerting of rapidly changing weather conditions.

Earth Networks has played a key role over the years in driving public-private-academic partnerships, which is a primary tenant called for by the bi-partisan Weather Research and Forecast Innovation Act that was signed into law in 2017. In particular, Earth Networks and NOAA initiated the National Mesonet Program in 2006, which now include 40+ commercial and academic organizations delivering timely, valuable and cost-effective weather observations to the federal government and is a major component of the NWS Weather Ready Nation initiative.

Tell us a little bit about yourself, the government agency you work with, and what brings you here.

Depending on the agency and the needs of your specific project, we can provide one or more of the below services:

When you need commercial-grade weather intelligence and support, Earth Networks is the partner you’re looking for.