Intense thunderstorms on 13 May 2017 resulted in the deaths of 9 people throughout Bangladesh. The fatalities, which occurred in three separate states, rocked the nation during the first few weeks of the lightning season. 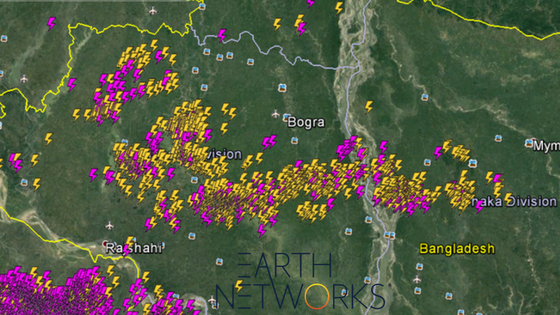 The first of the reported Bangladesh lightning fatalities occurred in Bagha upazila of Rajshahi. There, two twenty-year-old paddy farmers lost their lives. Two teenage mango farmers in Sharizpur village in Naogaon Sadar upazila also died. Meanwhile, a young boy in Mohadevpur upazila died on his way to the hospital after being struck by lightning while trying to gather his family’s cattle during the storm.

In Khagrachhari, three other people died in different lightning strikes. The one victim from this area was a farmer struck while out in the field, while the other two were in their home. The mother and her 20-year-old son died when lightning struck their house.

The last lightning fatality during this deadly storm occurred in Brahmanbaria. A 45-year-old farmer died immediately when lightning hit him while he was working.

As you can see from this day, farmers and other outdoor workers are especially at risk.

Our total lightning network detected over 40,000 strikes during a 12-hour period on 13 May 2017. While many of these strikes occur over northeastern India, the high frequency of both in-cloud and cloud-to-ground lightning strikes is alarming. The video below shows the path of the thunderstorms.

Each year, roughly 200-300 people die as a result of lightning strikes in Bangladesh. Prior to the start of this year’s lightning season, the country’s meteorological department released the following infographic detailing safety tips for people throughout the region. 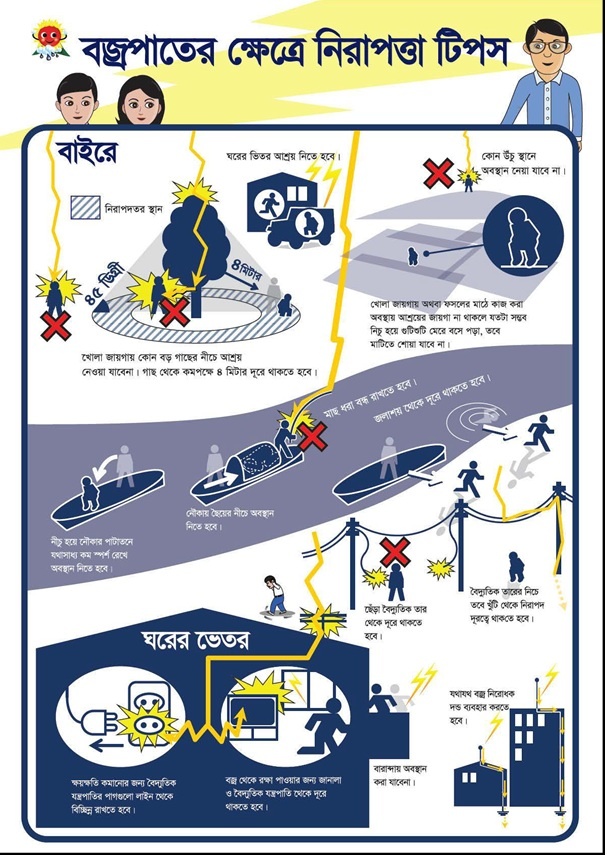 The norwester season is particularly dangerous for civilians in Bangladesh. Last year, the government of Bangladesh declared lightning strikes a natural disaster. This is because of the extremely high number of fatalities. In in a two day period last year, lightning strikes killed 60 people. The video below shows the path of the lightning during that deadly period in 2016.