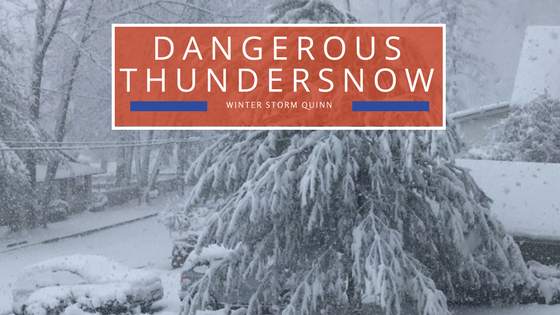 A powerful nor’easter plowed through the Northeast portion of the U.S. on Wednesday, March 7, bringing with it heavy snow, flooding storm surge, and dangerous thundersnow.

As the storm worked its way up the coast during the morning hours of Wednesday, schools, businesses, and other organizations scrambled to ensure the most effective planning. In Ocean County, Manchester Middle School had their students until the end of the day and got ready to dismiss them at 2:30 pm.

In order to prepare for the dismissal, a 33-year-old 8th-grade teacher headed outdoors into the snow with an umbrella in hand. There, while on bus duty, a lightning strike hit her umbrella. The teacher was conscious after the strike and complained of a tingling in one of her arms. Two other teachers escorted the victim to the nurse’s office after the strike.

She was taken to Jersey Shore Univesity Medical Center in Neptune for treatment of non-life threatening injuries.

This is the first report of dangerous thundersnow – or thundersnow that has actually resulted in someone being struck by lightning.

Thundersnow is rare, but not as rare as actually being struck by lightning during a snowstorm. Thundersnow is a lot like a regular thunderstorm except snow falls instead of rain.

There are typically three causes of thundersnow:

While rare, thundersnow is also extremely interesting. Did you know that lightning appears brighter because the light reflects off of the falling snow? Also, it’s interesting to note that thundersnow is lower in volume than thunder during storms without snow. This is because the snow dampens the sound. In this case in Manchester, New Jersey, the teacher most likely didn’t even hear the thunder.

Winter Storm Quinn brought more than just lightning to the Northeast. Snow accumulations reached impressive amounts and some parts of the tri-state area are still without power as of Friday, March 9th, 2018. Here is a brief list of some of the snow accumulations reported:

One of our remote employees on the marketing team, located in Bloomingdale, New Jersey, had this to say about the storm:

This storm was unlike anything we’ve seen in this area. The snow fell quick and heavy, weighing down on power lines, tree branches, and roofs. We had multiple branches down on our property and no power for nearly 24 hours. 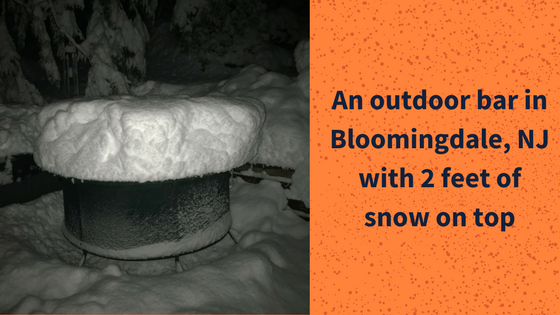