Dangerous Typhoon Trami (Everything You Need to Know) 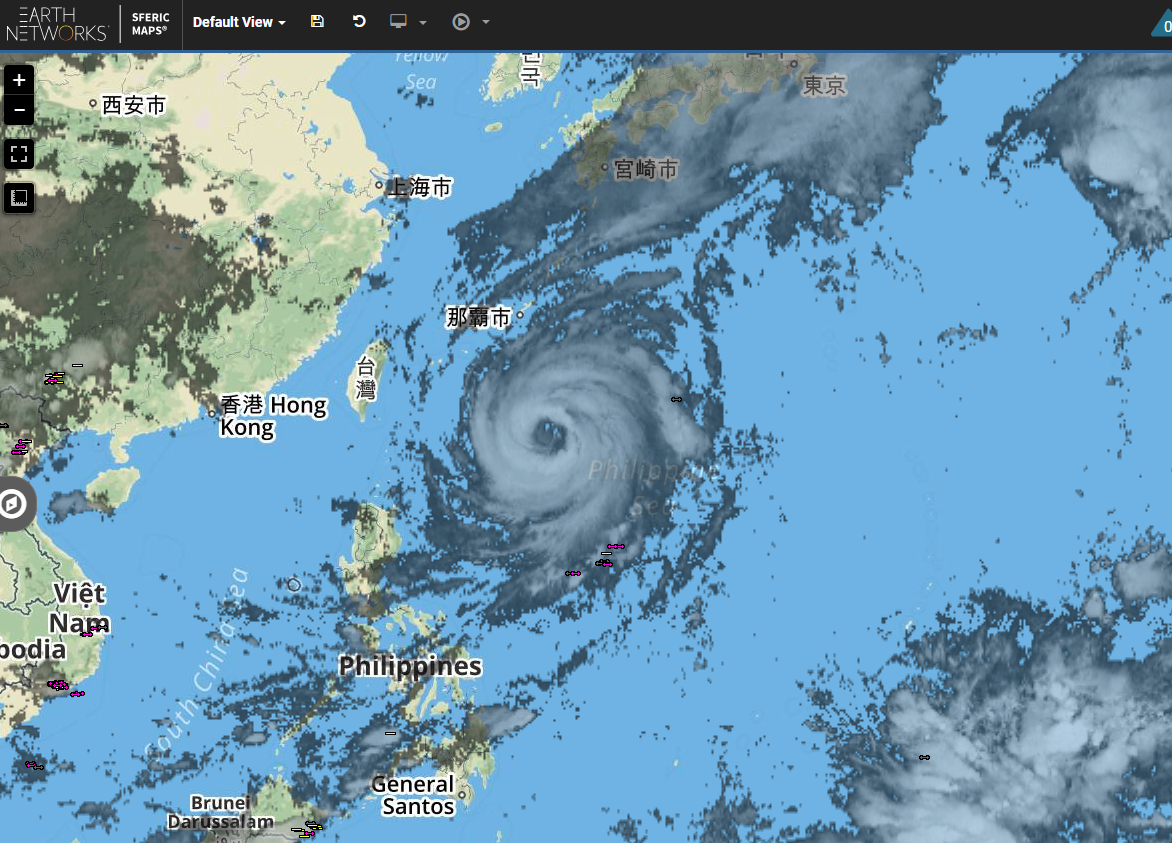 Above is the view of Typhoon Trami from the Earth Networks weather map.

Typhoon Trami is looming dangerously in the Pacific Ocean.

Right now, Trami is a Very Strong Typhoon on the RSMC Tokyo’s Tropical Cyclone Intensity Scale. It has maximum sustained winds of 105 mph, which makes it equivalent to a Category 2 hurricane on the Saffir-Simpson wind scale. Typhoon Trami’s current minimum central pressure is 950 mb. This is also 28.05 inches of mercury.

While Trami was a Super Typhoon, it has since weakened. A Super Typhoon has maximum sustained winds of 150 mph. Meteorologist blame this weakening on Trami’s slow pace.

Trami’s strength will fluctuate as it crawls west to northwest over the next couple of days. We expect Typhoon Trami to turn northeast and accelerate as it passes near or across Okinawa on Saturday.

Beyond the next 48 hours, Trami’s track is very uncertain. However, it’s likely to move northeast and could be near the southwest part of mainland Japan by this weekend. It’s forecast to weaken to a tropical storm or very weak typhoon as it moves farther northeast due to cooler temperatures and higher wind shear.

Previous forecasts called for Typhoon Trami to hit Taiwan, but that no longer looks like the case.

In Taiwan, only gusty winds are possible. These are most likely on Friday night or early Saturday morning.

Typhoon Trami will most likely impact Japan more than any other area. After grazing Taiwan, Trami could impact Okinawa as early as Saturday morning or afternoon.

In Japan, we expect high winds, flooding rain, and storm surge if the eye of the storm passes close enough to the coast.

If Trami continues on its current track, it could produce strong winds, heavy rain, and possibly even storm surge in Kyushu on Sunday.

What about Tokyo? At this point, it’s too early to determine what Trami will bring to the city. If it does impact Tokyo, it will likely bring heavy rains and gusty winds on Monday.

At this time, no warnings or advisories are issued for Japan.

What Our Meteorologists Are Saying 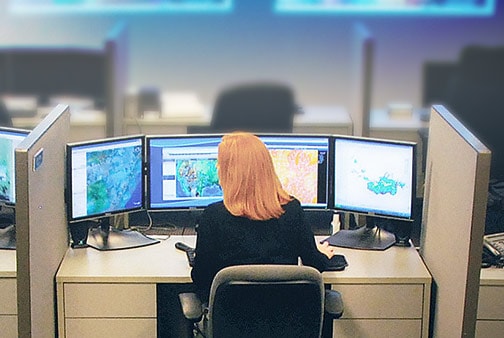 Our Meteorological Operations Team is stressing the uncertainty of storms of this nature while also highlight making preparations. Earth Networks Meteorologist, Alexa Maines, had this to say:

Like all tropical systems, there is still a great deal of uncertainty with the track and intensity of Trami beyond the next 24 to 48 hours. Residents across Taiwan, Japan, and even South Korea will need to continue to monitor the progress of this storm and follow any instructions given by authorities. A lot can change in a matter of hours, so it’s important to always be weather aware and prepare for the worst.

If you’re in Taiwan, Japan, and South Korea: Be safe, not sorry. Pay attention to local reports from your respective meteorological organizations and have your emergency kit ready to go.

In situations like this, it’s always good to have a meteorologist on call to help you make the right operational decisions for your organization. You can learn more about our Meteorological Support options by clicking the link below.