Dangerous storm cells moved into Queensland during the afternoon hours of 27 November 2016. We detected 113,097 pulses of total lightning in the southeast area of Queensland near Gold Coast and Brisbane over a 10-hour period in the afternoon and early evening hours. The video below shows the path of the lightning. The yellow strikes represent cloud-to-ground lightning while the purple strikes represent in-cloud lightning.

This high frequency of lightning prompted a total of 33 Dangerous Thunderstorm Alerts to warn of the advancing storm cells. The image below shows green, yellow, orange and red storm cells and the DTA’s as purple polygons. The DTA’s mostly followed the storms northward but a few cells headed toward the sea instead 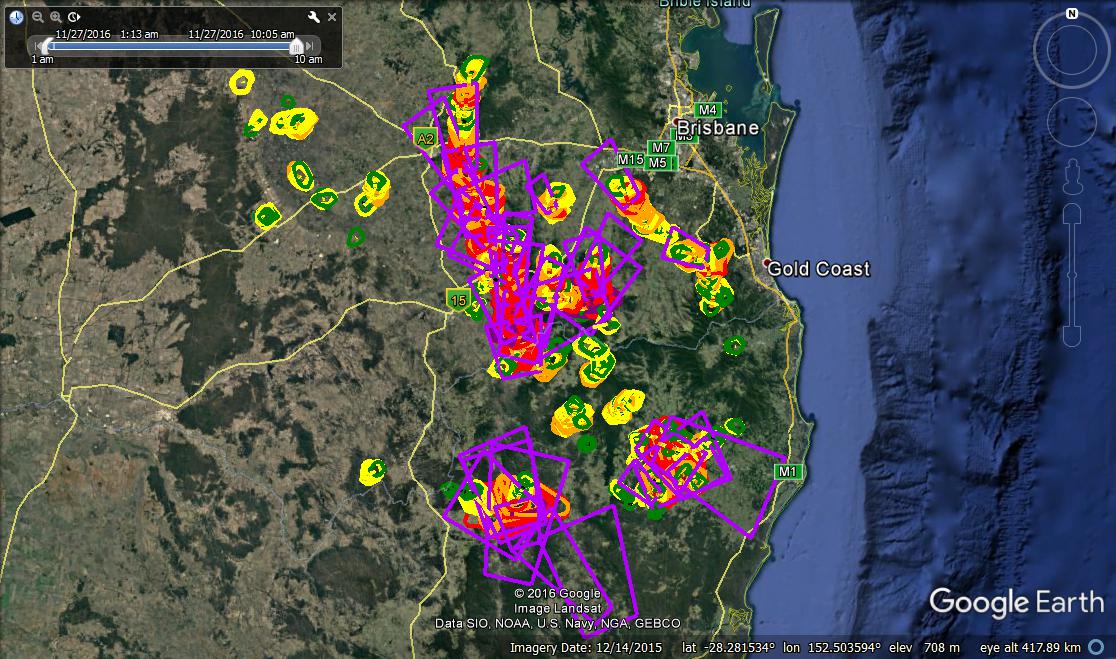 Weather in Australia has been particularly devastating lately. While none of the 110,000+ lightning strikes injured or killed any citizens, storms before and after this one hospitalized thousands of people throughout the country with thunderstorm asthma. There was a call for an ambulance to assist in thunderstorm asthma incidents every 4-5 seconds for four hours. 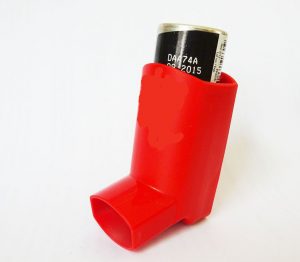 Thunderstorm asthma is a freak illness that occurs when a storm hits during a period of unusually high pollen counts and humidity percentages. When this happens, grains break up and disperse into people’s lungs. In a survey by the University of Melbourne, 74% of respondents in Australia said they experienced an asthma attack during a storm that occurred a week before this one on 21 November. 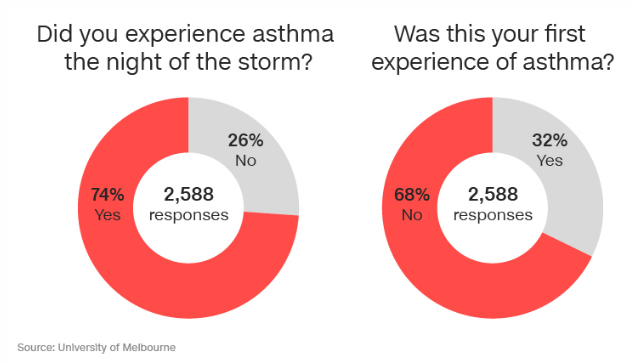 The 21 November storm killed at least six people by triggering thunderstorm asthma. Depending on the area of the country, grass pollen, tree pollen or fungal spores can be responsible for these attacks. As more dangerous weather conditions continue to hit the country, Australian officials are warning citizens with pre-existing asthma to take necessary precautions.