Hurricane Dorian: Here’s What You Need to Know

Hurricane Dorian Working Its Way Up the East Coast

Hurricane Dorian’s eye is just offshore of the eastern coast of South Carolina.

Dorian is about 50 miles east-southeast of Charleston, South Carolina.  It is also about 140 miles south-southwest of Wilmington, North Carolina Its exact location is 32.5N and 79.1W. 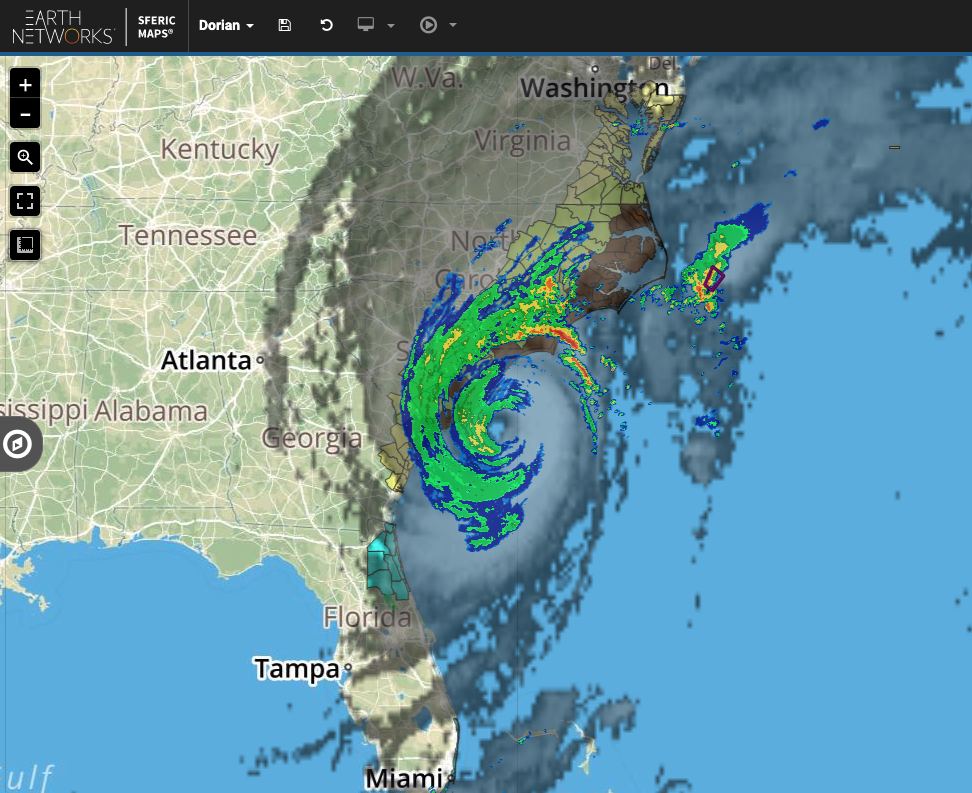 The above image shows radar, satellite, and tropical storm information warnings along the east coast on our weather map.

Doran is moving north-northeast at about 8 mph.

Here is a list of the current Hurricane Dorian watches and warnings. 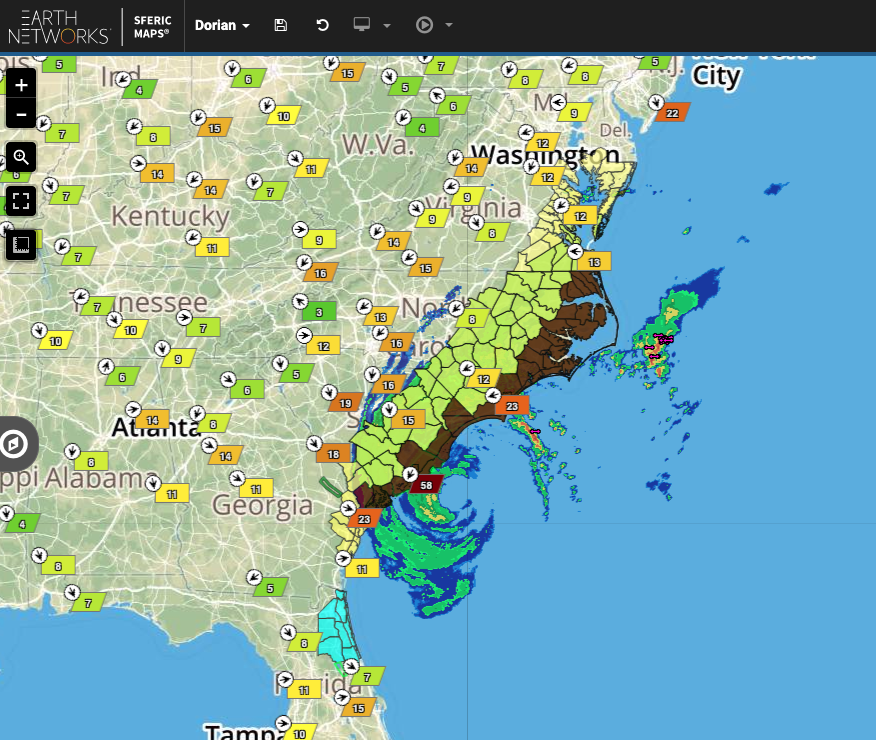 A STORM SURGE WARNING is in effect for:

A HURRICANE WARNING is in effect for:

A TROPICAL STORM WARNING is in effect for:

A TROPICAL STORM WATCH is in effect for:

There are plenty of watches and warnings for tropical storms and hurricanes. Make sure you know the difference before one or more is in effect for your area.. 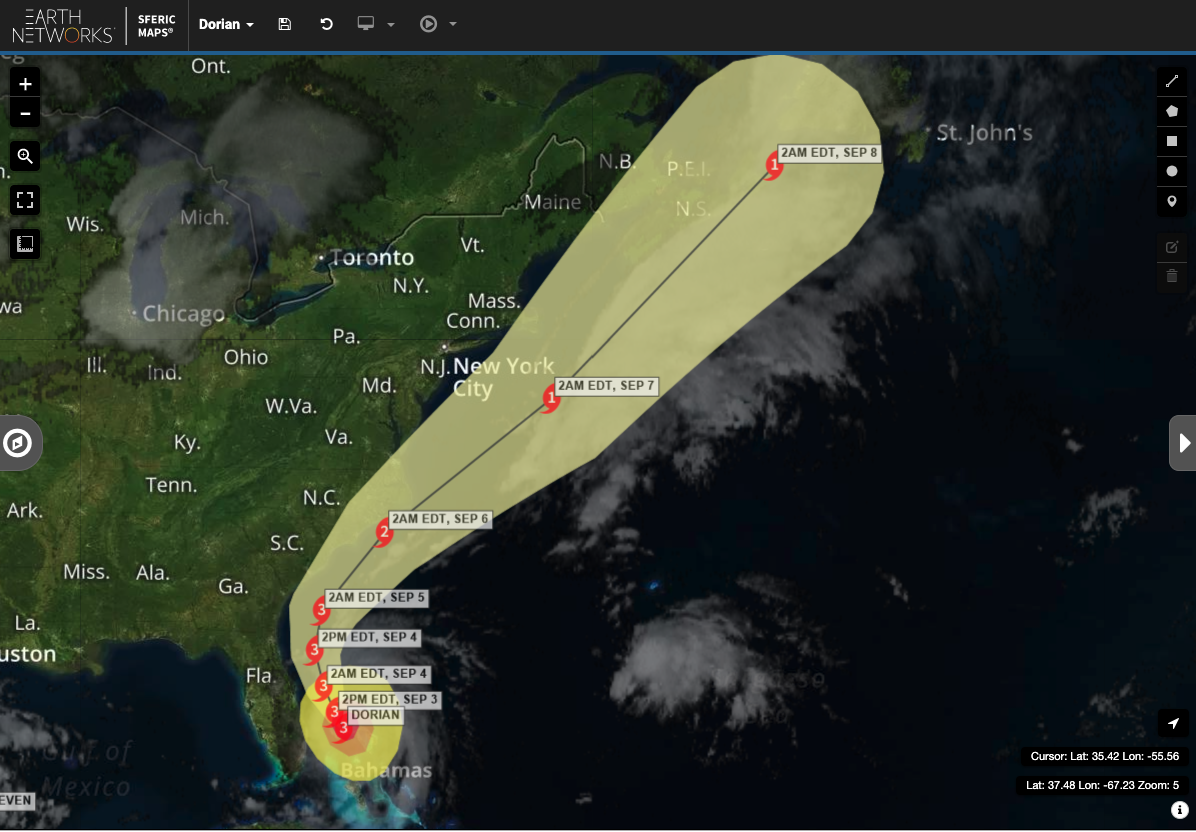 Dorian is moving toward the north-northeast near 8 mph. We expect a turn towards the northeast by tonight. Forecasters expect a north-eastward motion at a faster forward speed tomorrow.

Next, the center should move to the southeast of extreme southeastern New England Friday night and Saturday morning. It will approach Nova Scotia later on Saturday.

We expect slow weakening during the next few days. However, we expect Hurricane Dorian to remain a powerful hurricane as the center moves near the coasts of the Carolinas.

Hurricane-force winds now extend up to 60 miles from the center. Tropical storm-force winds extend outward up to 195 miles.

Tropical storm conditions are spreading along the coast of North Carolina. We expect hurricane conditions to begin there later today.

The combination of a dangerous storm surge and the tide will cause normally dry areas near the coast to flood. Rising waters moving inland could bring areas under a warning from 2 to 8 feet.

Dorian is expected to produce the following rainfall totals through Friday.

Large swells will affect the northwestern Bahamas and the entire U.S. southeast coast over the next few days.

There are a few ways you can get the latest information on Dorian.

You can subscribe to our blog to get updates.

You can also head over to our YouTube channel, where we’ll be streaming live Hurricane Dorian updates.