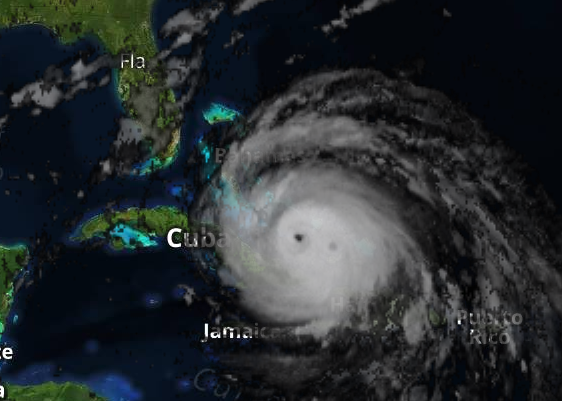 Irma’s top sustained winds have dropped to 150 mph. After being a Category 5 for an impressive amount of time, Irma is now a potent Category 4 hurricane on the Saffir-Simpson Hurricane Wind Scale. Irma’s minimum central pressure is 927 mb, or 27.37 inches of mercury.

Warm water along Irma’s path will allow it to maintain its major hurricane intensity. Some fluctuation in strength is possible. A hurricane this intense can lead to catastrophic damage along its path. It has already destroyed almost every single house on the island of Barbuda in the Leeward Islands. It has also killed at least two people in the U.S. Virgin Islands.

A strong Atlantic high pressure positioned to the north of Irma continues to guide it west. Irma will next approach and pass through the southern Bahamas and near northern Cuba today. It will bring destructive winds, flooding rainfall, and storm surge to these areas.

Irma will then turn north and impact Florida and the western Bahamas on Saturday and Sunday. After that, it will slide through the interior Sunshine State and northward into Georgia 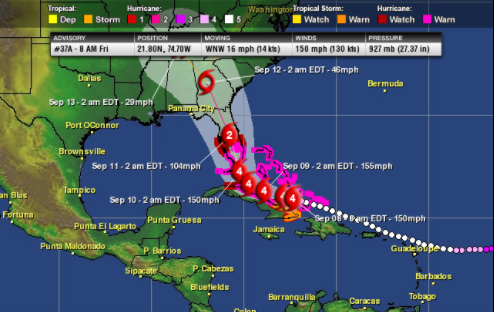 Hurricane Warnings stretch across southern Florida and parts of the Caribbean. This includes:

Hurricane Watches are in effect for the following areas:

Tropical Storm Warnings are in for the Cuban provinces of Guantanamo, Holguin, Las Tunas and Matanzas. Storm Surge Watches and Warnings have also been issued across southern Florida.

Preparations and State of Emergency 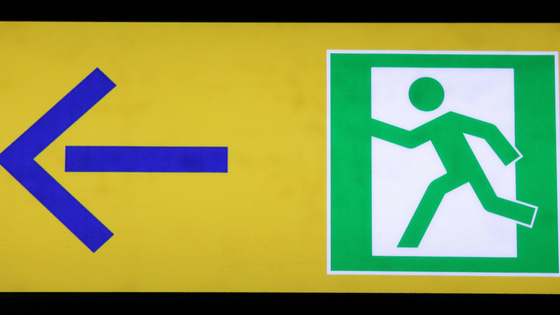 The first areas to execute hurricane plans should be southern, central and northeastern Florida. Residents should prepare hurricane survival kits, install hurricane shutters, as well as evacuate if ordered.

The government already issued mandatory evacuations in the Florida Keys and coastal areas of southeastern Florida. Please heed the advice of local officials. Don’t wait to evacuate if ordered, because escape routes are already becoming gridlocked.