Lightning kills students often in many African countries. Studies show that this is because of high lightning frequencies, unsafe lightning shelters and greater everyday exposure. Most recently, a cloud-to-ground strike killed five students and injured 34 more in Zimbabwe. The event took place on 26 January 2017 at Chinatsa Secondary School during the school’s usual Thursday afternoon assembly. Teachers called the police and ambulances arrived at the scene. 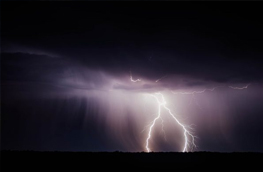 The cloud-to-ground strike was very strong and caused many injuries. Two students died immediately. After that, three others died at Marondera Provincial Hospital. In all, 34 students sustained injuries from the incident. Possibly injuries from lightning strikes include: Severe burns, vascular spasms, neurological damage and autonomic instability.

Not all lightning is easy to spot. In fact, this strike caught teachers completely off guard. In the moments directly before the deadly incident, the skies in Macheke were clear and dry. Our lightning network detected plenty of lightning around the area, but between 12:00-13:00 utc it quickly descended upon the area. We detected 8,688 strikes in a seven hour period.

It is important to remember that lightning can strike at any time, even if the skies are blue. It’s not uncommon for lightning to travel far from its originating cloud or for storms to move at great speeds.