Major Hurricane Willa is squeaking in just before the hurricane season officially ends on November 1. This Eastern Pacific storm is one of two threatening Mexico as of this morning. 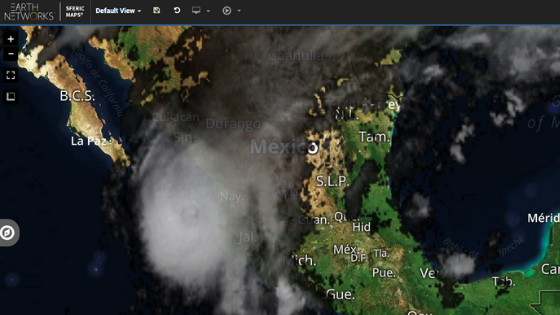 Hurricane Willa is off the west coast of Mexico and is likely to slam ashore later today. After pounding Mexico, Willa’s moisture will sweep into the U.S. southern tier later this week.

What We Know About Hurricane Willa

The core of dangerous Hurricane #Willa is expected to pass over Las Islas Marias, Mexico very soon. While the Cat. 4 storm is forecast to gradually weaken today, Willa is expected to be a dangerous major hurricane when it reaches mainland Mexico. More: https://t.co/Qip8FsPlDB pic.twitter.com/u43MQUJmxb

Willa’s maximum sustained winds remain at 130 mph. These speeds make Willa a major Category 4 storm. The minimum central pressure has risen to 945 mb. This is also 27.91 inches of mercury. Hurricane Willa is moving north at 5 mph.

A high pressure ridge is directing Willa north. A weak low pressure approaching from the west will steer the storm northeast before it makes landfall between San Blas and Mazatlan this afternoon. Slight weakening is expected but the light upper-level winds and warm water ahead of Willa means it will stay a major hurricane until landfall.

A Hurricane Warning is in effect from San Blas to Mazatlan, Mexico. This includes Islas Marias.

A Tropical Storm Warning is in effect from Playa Perula to San Blas and from Mazatlan to Bahia Tempehuaya, Mexico. Strong winds, dangerous storm surge, and large waves will be possible along the coast by later this morning or early this afternoon.

Besides damaging winds and storm surge, Willa will unleash 6 to 12 inches of rain. Some areas could see up to 18 inches in spots across Jalisco, Nayarit, and southern Sinaloa. This amount of rain falling in a short time will bring life-threatening flash flooding and landslides.

After Hurricane Willa makes landfall today, it will weaken rapidly to a tropical storm and depression as it propels deep into Mexico tonight into early Wednesday. Along its journey, Willa will squeeze out 2 to 4 inches of rain in places like Durango and Coahuila.

Beyond Wednesday, Willa’s moisture will combine with a cold front pushing south through the Plains and bring an enhanced risk of flash flooding on Wednesday afternoon and evening to Texas.

By Thursday, the moisture will push east along the Gulf Coast. This will bring heavy downpours to places like New Orleans, Mobile, Alabama, and Pensacola, Florida.

If one tropical system impacting Mexico wasn’t enough, Tropical Depression Vincente isn’t too far behind Willa. As of 4 a.m. CDT, Vicente was located at 17.2 N and 102.0 W. This is about 55 miles south-southeast of Lazaro Cardenas, Mexico. Its maximum sustained winds have dropped to 35 mph, and it was moving northwest at 12 mph. Vincente’s minimum central pressure has risen to 1007 mb. For reference, this is about 29.74 inches of mercury. 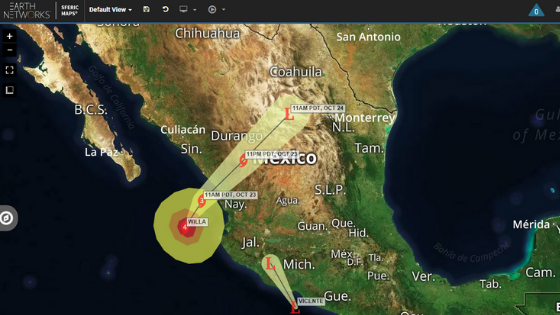 Above is a view of both Willa and Vicente via our weather visualization software, Sferic Maps. You can learn more about Sferic Maps by clicking the link below.

The good news with Vincente is that its weakening considerably thanks to strong winds aloft hindering its ability to stay energized and its proximity to major Hurricane Willa.

A high pressure system will continue to steer Vincente. Vincente will move northwest and make landfall later this afternoon as a tropical depression or perhaps simply a weak low pressure.

Even though wind and storm surge won’t be a problem where Vincente makes landfall in southwest Mexico, localized rain amounts of 3 to 6 inches falling in a short time could trigger flash flooding. This could happen in places like Guerrero, Colima, and Jalisco.

This season remains one of the most active Eastern Pacific tropical seasons on record. Willa is the 21st named storm. Only 1985, with 22 storms, exceed this year’s tally.