More Tropical Activity: Two Systems You Need to Know About

There is still a lot of tropical activity with Tropical Depression Kirk and Tropical Storm Leslie both churning in the open Atlantic. Since hurricane season doesn’t end until November, we still have over a month to go.

While many eyes are still on the damage left behind by Florence, we have two tropical systems churning in the open Atlantic.

The first is Tropical Depression Kirk. The second is Tropical Storm Leslie. Keep reading to find out more about these systems, where they could end up, and what else you can expect from the 2018 hurricane season. 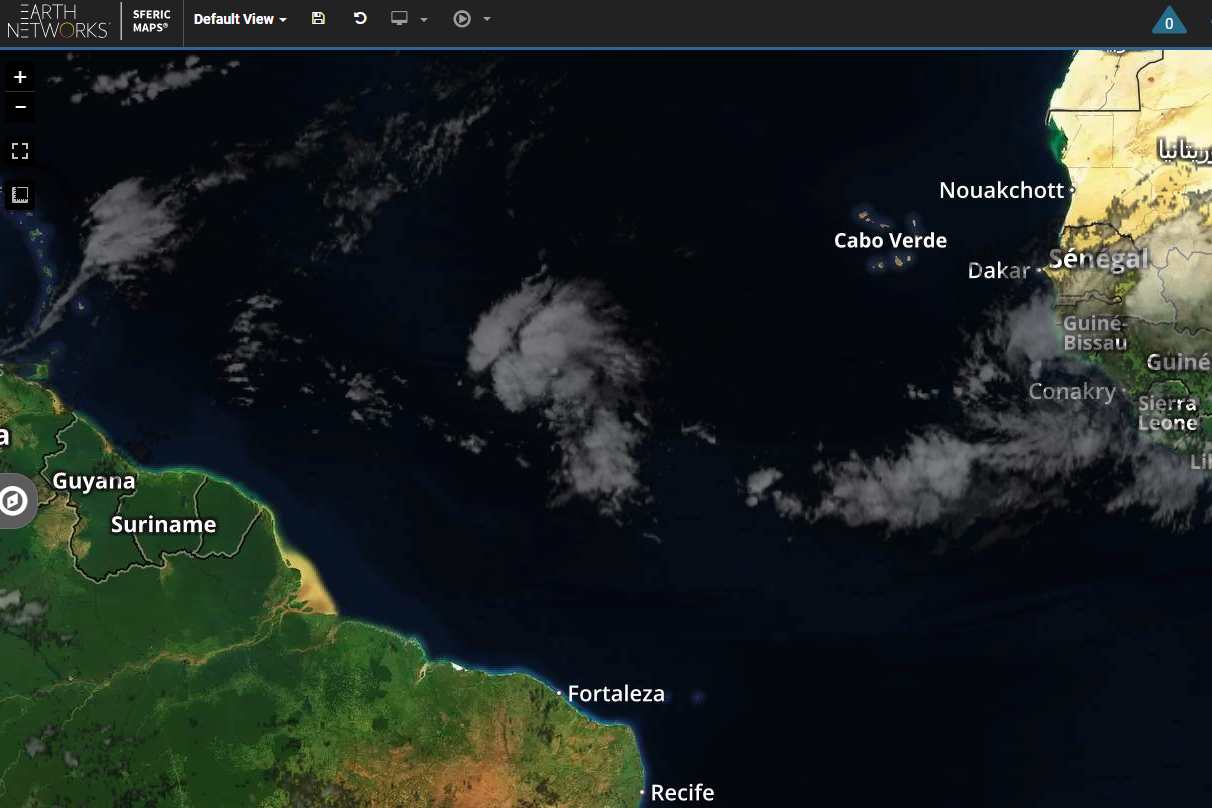 Here’s a look at Kirk currently on our weather visualization software, Sferic Maps.

Remember, a tropical depression occurs when a low pressure area is accompanied by thunderstorms. These storms then produce a circular wind flow with maximum sustained winds below 39 mph. Tropical storms are stronger, with winds between 39 and 73 mph.

Kirk is tracking westward at 24 mph. This depression has maximum sustained winds of 35 mph. Its minimum central pressure is about 1007 mb. That’s 29.74 inches of mercury.

Our meteorologists expect Kirk to restrengthen as it moves into warmer water. It could possibly regain tropical storm status later today. 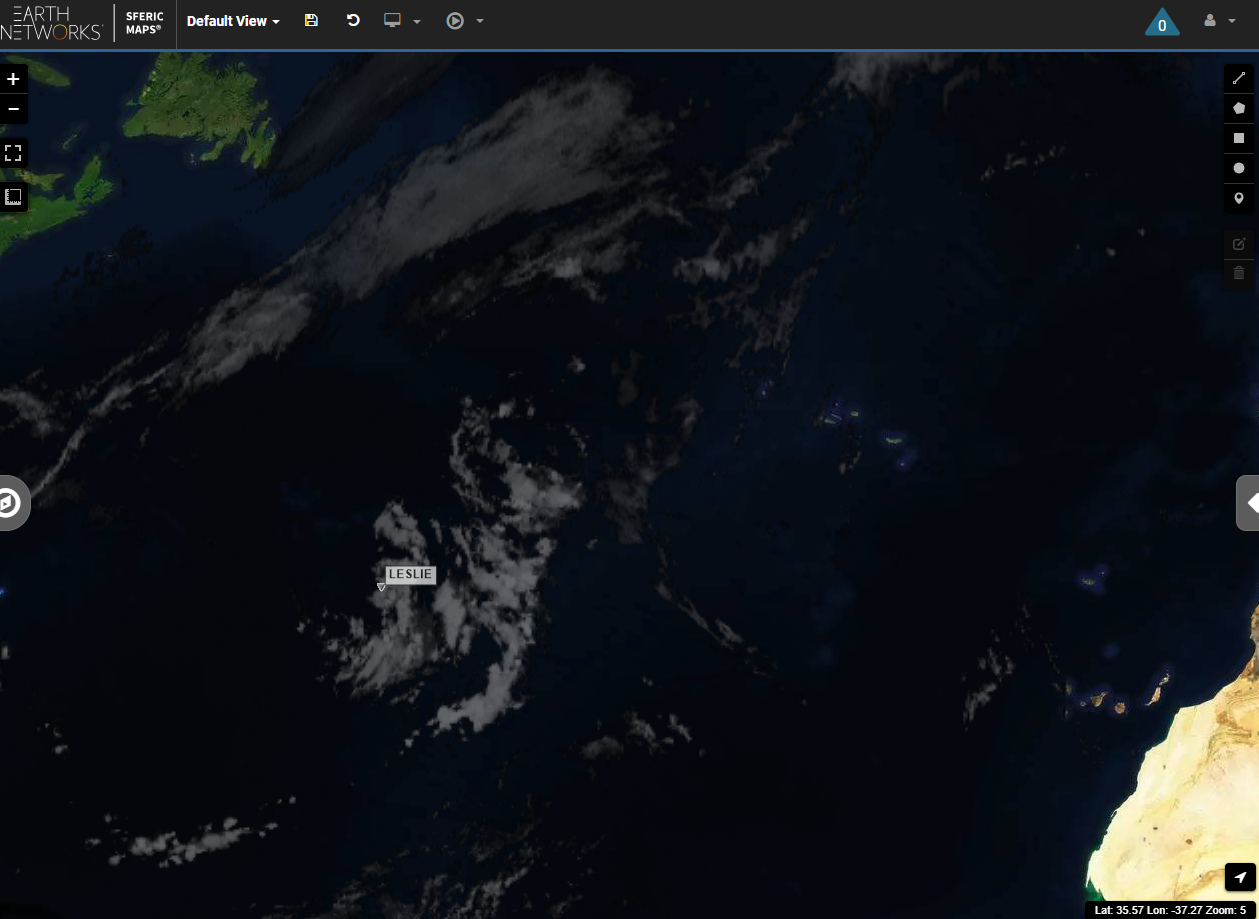 The second system of tropical activity in the Atlantic is Tropical Storm Leslie. As of 5 am AST/EDT, Leslie was at 32.6 N, 48.6 W. This is about 1,270 miles west of the Azores. While Kirk seems to be tracking towards the Caribbean, Leslie is far away from any landmass right now.

Subtropical Storm Leslie has maximum sustained winds of 40 mph, just barely making this a tropical storm rather than a depression. Leslie is moving slowly through unfavorable conditions at 6 mph. The minimum pressure is currently 1004 mb, or 29.65 inches of mercury.

We expect Leslie to be short-lived. It’s expected to either dissipate or be absorbed by a low pressure system to the North by Tuesday morning.

What else is going on in the tropics? Well, a fresh area of low pressure is trying to form near Bermuda. Pulling a little bit of the remnant moisture from Hurricane Florence, this low pressure system should drift westward over the next few days.

Residents of the Southeast would be wise to check tropical updates over the next few days to follow the progress of this system. You can do this easily by subscribing to our blog.

Now is the time to put safety first above everything else. Evacuate to a shelter if you need to, take your pets with you. Your life is the most important thing to save. Call us at 1-866-246-0133 or visit https://t.co/J3bs5wRCmq for the latest. #Flooding #Florence #SCTweets pic.twitter.com/57355dKeHU

Speaking of the Carolinas, major flooding remains a threat more than a week after Florence made landfall. As of Sunday, September 23, 2018, the National Weather Service (NWS) showed five of North Carolina’s river gauges at major flood stage and five others at moderate flood stage. Parts of Interstates 95 and 40 are expected to remain underwater for another week or more.

In South Carolina, more people are evacuating as rivers continue to rise. At this point, at least 43 people have died as a result of Florence. Moody’s Analytics estimates Florence has caused $40 billion in damage and $4 billion in lost economic output.

Although Florence was “just a Cat 1” when it hit the Carolinas, it was still a very strong storm with a lot of rain. Unfortunately, we expect a long road to recovery for those left in its wake.