Lightning struck down on the country of Romania at extremely high frequencies on 22 and 23 August 2016. The lightning, which moved with storm systems that drenched the region, generated 31 Dangerous Thunderstorm Alerts in Romania and Bulgaria in just 12 hours. The alerts, represented by the purple polygons in the image below, are generated by the Earth Networks Total Lightning Network™ when high frequencies of lightning are detected. 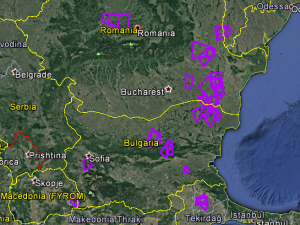 Monday evening saw nearly 100,000 lightning strikes. Exactly 98,954 total lightning strikes, a combination of cloud-to-ground (yellow) and in-cloud (purple) lightning strikes, barraged the region. The video below shows the path of the chaotic storm. Bucharest was hit the hardest between the hours of 1700 UTC and 2130 UTC.

The lightning provided quite a show for the capital’s residence. The video below was taken from a neighborhood of Bucharest.

With the lightning also came rain, and a lot of it. Romania was put under a rain alert on Monday morning which lasted until early Wednesday morning. The Earth Networks PulseRad℠ radar alternative recorded as much as 127mm of rain in some areas, including Bucharest and Focsani. Many areas, represented by yellow in the image below, saw 48-hour rain totals between 50-60mm. 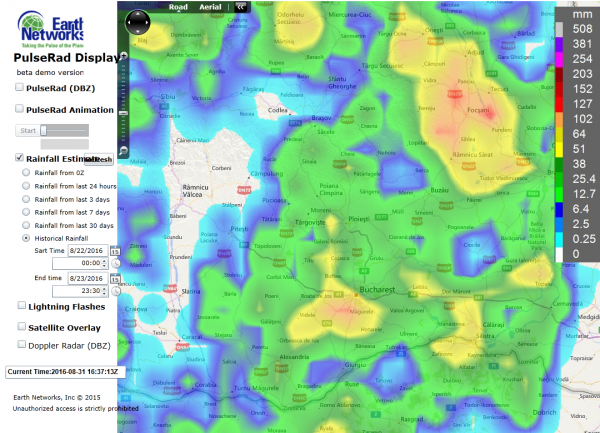 Flash flooding was common throughout different parts of the country between 22 and 24 August.