Lightning’s Not a Joke

Several university students were struck by lightning during a soccer match between Rubtsovsky Medical College and the local branch of Altai State University. The incident occurred on 21 September 2016 in Rubtsovsk, Russia. The lightning struck a goalpost while the players crowded the penalty area. While the first half was relatively clear, the second half was full of lightning and heavy rain but the referee did not call the game.

The strike killed one 18-year old player. After the strike occurred, teammates ran to the fatally injured player who was still barely breathing at the time. After understanding his injuries to be extreme, a teammate called the ambulance who did not believe him when he said lightning had killed his teammate. When the ambulance arrived 15 minutes later it could not drive on the field due to flooding from the storm and the player was already deceased. Teammates carried the injured and the dead to the parking lot. 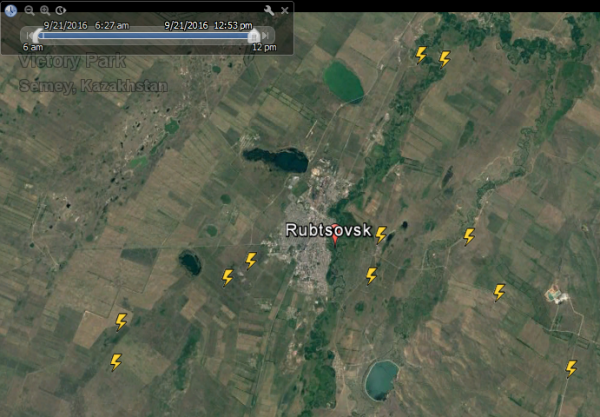 The above video shows the sporadic cloud-to-ground lightning strikes hitting the region during the afternoon hours of 21 September.

How to Prevent Athletes Being Struck by Lightning

If proper precautions are taken, injury and death due to lightning strikes are extremely avoidable incidents. In this case, the referees and players observed lightning, thunder, and heavy rain before the fatal strike occurred. At that point, the game should have been called off and the players, referees, and spectators should have found shelter. Below are a few tips from the National Athletic Trainers’ Association on how to prevent athletes being struck by lightning: