The Sierra Leone mudslide dominated the news over the past two weeks. The sudden natural disaster occurred on Monday, 14 August 2017 when early in the morning (about 05:45 local time) Sugar Loaf mountain collapsed onto a community called Regent.

Officials report that nearly 500 people have died in the mudslides. The number continues to rise as the area of devastation is cleared. There are 600 people still missing. More than 3,000 people lost their homes.

How Do Mudslides Happen 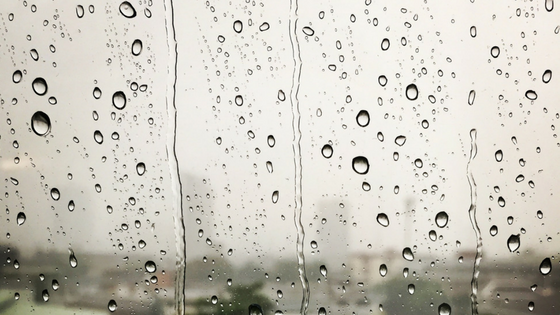 According to the U.S. Center for Disease Control and Prevention (CDC), landslides occur when masses of rock, earth, or debris move down a slope. Mudslides are a common type of landslides.

Mudslides happen when a couple of different conditions are just right. First of all, there has to be rain – and a lot of it. Mudslides usually start n steep slopes and develop when water rapidly accumulates in the ground. This water saturates the ground and causes it to become unstable. There were heavy rains and flooding leading up to the mudslide.

Deforestation also played a role in this particular mudslide. Without the roots and plants adding to the structure of the Freehold and Mount Sugar Loaf area, it was easier for the mudslide to develop.

The Storms That Caused Them

Our weather sensor in Freetown (Wilberforce) just NW of Regent, recorded a significant ran event int he region on the 14th of August. Nearly 81.3 mm fell in 12 hours of which, 70 mm fell in about 7 hours. 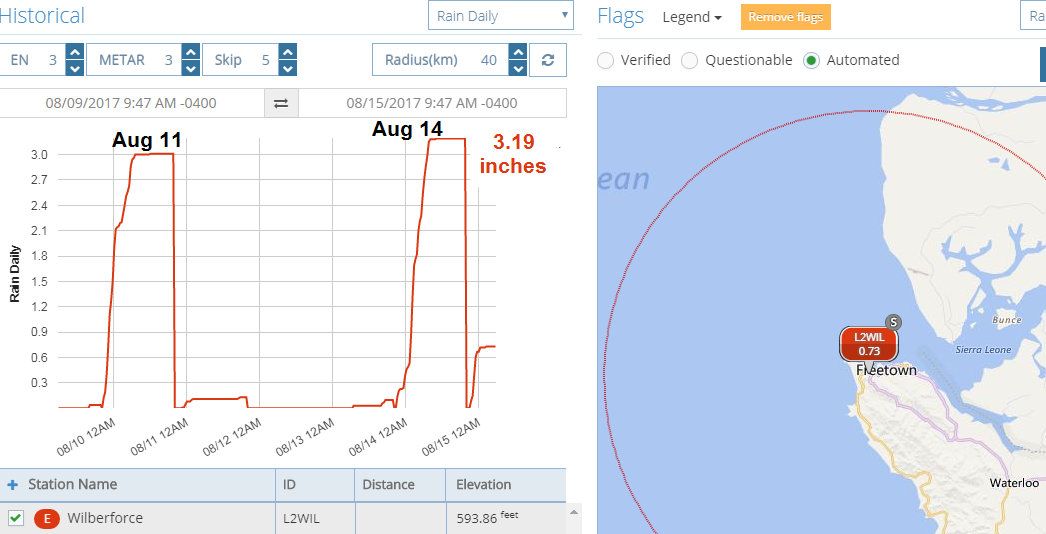 The monthly total at this station (10.83 inches) through August 15 was over 300% of normal – creating the higher likelihood for dangerous mudslides in a significant rain event due to saturated soil.

What’s next for Sierra Leone

A small nation of 7.4 million people, Sierra Leone is struggling to recover from this awful incident. It now has 20,000 displaced people after the mudslides. Around 5,000 of them are children. Unicef and other aid agencies are in the area trying to support those affected by the disaster.

While tending to those who are injured is very important, there is a high risk for an outbreak of cholera. According to the World Health Organization (WHO) Cholera is an acute diarrhoeal disease that can kill within hours if left untreated. People contract cholera if they ingest contaminated food or bacteria. There is a high risk because people are still living in the mudslide-wrecked areas. Here, there is no clear water or sanitation.

There is also the matter of coping with such insurmountable loss. The mudslides wiped out entire families. The people of Sierra Leone are calling for support as they struggle to cope.