Winter Storm Doris developed over the Atlantic Ocean during the week of 19 February 2017. Since landfall of 23 February, the storm caused widespread damage throughout the UK. Here’s a timeline of Doris’ path of destruction. 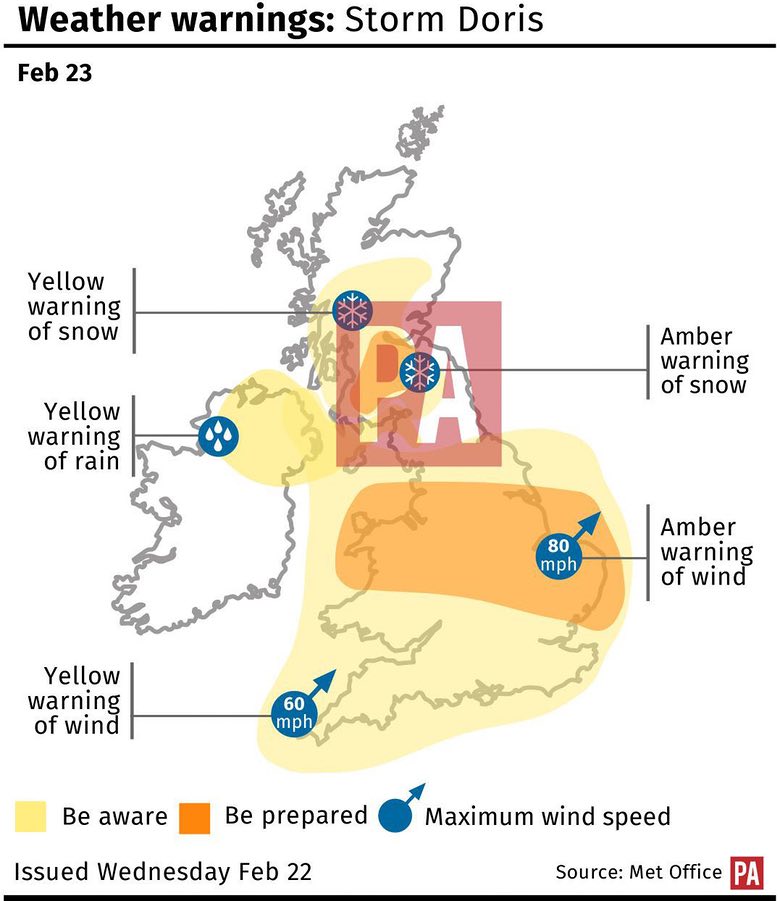 The Met Office released a map of rain, wind and snow warnings for the impending storm. As you can see from the image above meteorologists expected top wind speeds of only 80mph. On the 22nd, our meteorologist Julie Gaddy predicted similar wind speeds around 70-80mph as she was in regular contact with some of our customers in Ireland. the Met Office also issued an amber “be prepared” warning for snow in Scotland and Northumberland as well.

Proactive airline operators at Aer Lingus canceled 12 flights between the UK and Ireland. At this point, no one knew wind speeds would reach 100mph in some areas but people realized Winter Storm Doris was going to be one for the record books. on Social media, #DorisDay started trending as the UK anticipated the storm.

High winds of Storm Doris set to continue until 6:00pm. Drivers of high sided vehicles & motorcycles should avoid the coast road if possible

At around 05:19 GMT, officials imposed speed restrictions for vehicles on the Tay Road Bridge and the Forth Road Bridge in Scotland. More speed restrictions would follow and winds would even disrupt rain services. Later, the Met Office issued warnings of violent storm force 11 winds for the western shipping areas of Rockall, Shannon and Irish Sea.

#StormDoris has rapidly deepened over the last 24 hours as it has under gone what we call Explosive Cyclogenisis making it a #WeatherBomb pic.twitter.com/U7VI7WDGtT

The Met Office named Storm Doris a “weather bomb.” This is when a storm rapidly deepens and undergoes Explosive Cyclogenesis. According to the Met Office, this is where “dry air from the stratosphere flows into an area of low pressure. This causes air within the depression to rise very quickly and increases its rotation.”

High winds of Storm Doris set to continue until 6:00pm. Drivers of high sided vehicles & motorcycles should avoid the coast road if possible

Winter Storm Dorris turned into an emergency management team’s nightmare. Sustained high winds, rain and snow knocked out power to almost 50,000 homes in the Irish Republic. Fire crews were able to use winches and crash rescue equipment to release a man trapped by a fallen tree on the A375 in Cornwall.

#StormDoris is literally blowing people off their feet in Merseyside pic.twitter.com/PElL7Hkfwc

As the storm hit London, videos emerged of commuters and reporters battling the higher than expected winds. Winds gust speeds reached up to 100mph in some areas. 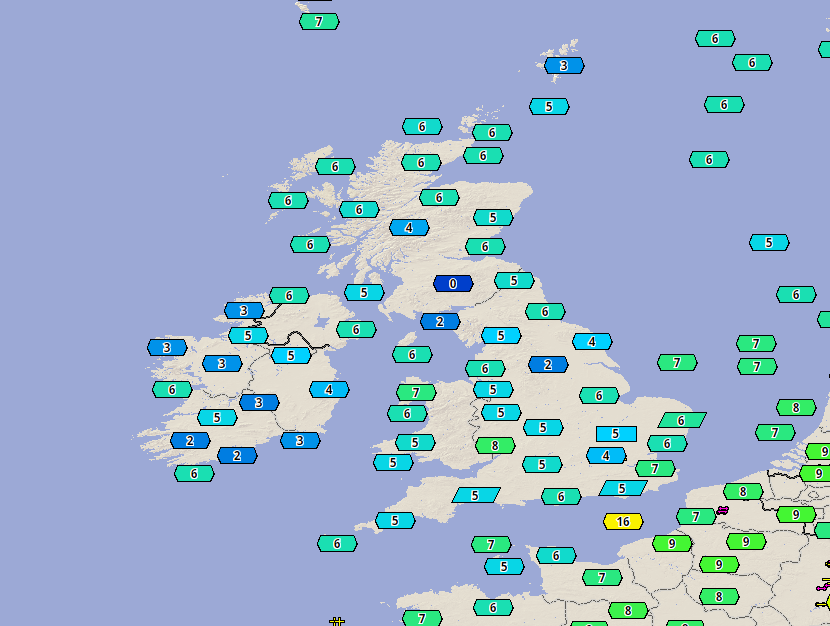 The Arctic wind is set to hit the UK midweek and could add on to Doris’ £400 million in damages. The Met Office forecast storm conditions through 8 March. Chilly temperatures remain in the area today, with our weather visualization tools showing current lows at 0F in some areas.

Subscribe to our Earth Networks blog with one easy click on the top righthand side of this page. Get weather stories and other critical updates delivered straight to your inbox.