Ready to review more of 2017’s craziest weather conditions? Earth Networks Meteorologists Mike Hertz and Andrew Rosenthal are here to cover May through August. So sit back, relax, and get ready to go through the extreme weather conditions of 2017.

While the severe weather season had its fits and starts this year, it picked up in earnest in May. One outbreak of tornadoes lasting from May 15th to the 20th produced 134 tornadoes, including one storm that tracked across Wisconsin for more than 80 miles.

The series of severe weather was thanks to stubborn high pressure across the Southeast combined with cold low pressure locked in the Dakotas. This fed wave after wave of warm air into the Mississippi Valley, setting up a powder keg situation that exploded from Minnesota and Wisconsin to Texas.

May: Florida Smolders with Forests Ablaze

The fifth month of the year brought tinder-dry conditions to Florida and the Southeast, resulting in widespread wildfires across the Sunshine State.

The fires were the result of a moderate to extreme drought, punctuated by a nearly complete lack of spring rainfall in the northern half of the state. By early May, the drought covered 72 percent of Florida. 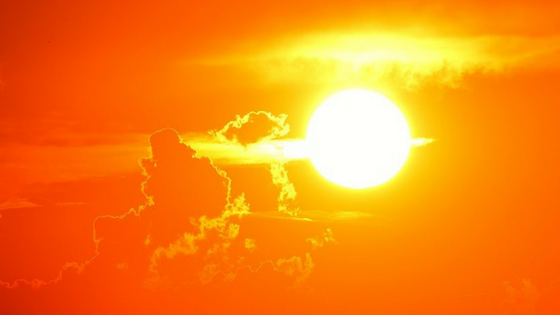 June 2017 will be one to remember, especially, if you did not have access to an air conditioner. Across the U.S., it was the third hottest June on record – only beaten by the two preceding years of 2015 and 2016. The heat had the greatest impact across the Southwest, when a heat wave scorched the region between June 17 and 25, peaking just in time for the start of summer on the 20th and 21st.

What caused this excessive heat wave to occur? Stubborn high pressure, which acted like a lid over the region, preventing hot air from escaping.

Here are some extraordinary temperatures during the June heatwave:

One of the largest single severe thunderstorms struck the Upper Midwest on June 11. The storm struck about 8:30 a.m., on a Sunday morning. Authorities believe the timing may have reduced the storm’s casualty count. Less people were out for recreational activities at that time than may have been later in the day.

Among the “highlights” from this storm:

For many parts of the U.S., July is typically one of the drier months of the year. However, for a few spots, this was not a typical year as the rains came fast and furious. Our Outdoor Alerting Systems were hard at work moving people out of harm’s way. 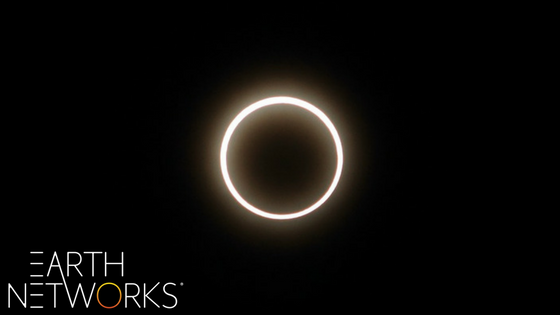 This summer brought an out-of-this-world experience to the United States, with the first total solar eclipse to traverse the nation from coast-to-coast in 99 years on August 21. While a narrow band stretching from Oregon to South Carolina witnessed totality, the entire country saw the moon partially cross the sun that day.

Thanks to the extended area seeing the eclipse, scientists were able to conduct research on the sun, including a series of NASA jets that followed the path of totality. The aim is to learn more about the corona, a layer of the sun responsible for dangerous solar flares, which is only visible during total eclipses.

The weather was sunny across much of the country, with clear skies in the West and East, and a few clouds in the Midwest. With the good weather conditions, viewing parties were a common experience that day, including the first-of-their-kind totality delays during a handful of minor league baseball games.

While this may have been the first total solar eclipse in the U.S. since the 1990s, Americans won’t need to wait long for a similar eclipse. On April 8, 2024, the entire lower 48 will see a partial eclipse, while totality will occur in a strip extending from northwestern Mexico to northern New England and the Canadian Maritimes. Make sure you listen to our solar eclipse playlist during the 2024 event!

What About the End of the Year?

The last few months of 2017 were some of the most intense, weather-wise. Keep an eye out for our final blog post on 2017 weather this Friday. We’ll post the link here once it’s live. If you want it sent directly to your inbox, however, just press the button below to subscribe to our blog. It’s quick, easy, and the best way to ensure you never miss a piece of weather news from our team of meteorologists.