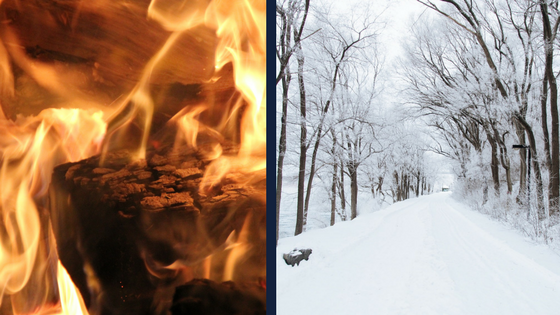 The 2017 wildfires and snowstorms of late year created a lot of problems for the U.S. Over the last few months of the year, these opposing forces competed for the most newsworthy weather events. Join Earth Networks Meteorologist, Brian Dillon, as he examines the weather events that made headlines from October to December.

With wet winters and dry summers, California’s wildfire season usually begins in late summer and early fall. However, this year was particularly bad thanks to:
In early October, the Diablo Winds of northern California developed. These poweful winds spread massive wildfires across California’s renowned wine county. Over 250 wildfires tore through northern California, hitting Napa, Lake, Sonoma, and Butte counties the hardest.
The blazes killed 44 people. On top of that, they destroyed nearly 5,000 structure and 240,000 acres. The October wildfires caused more than $9 billion in property loss. 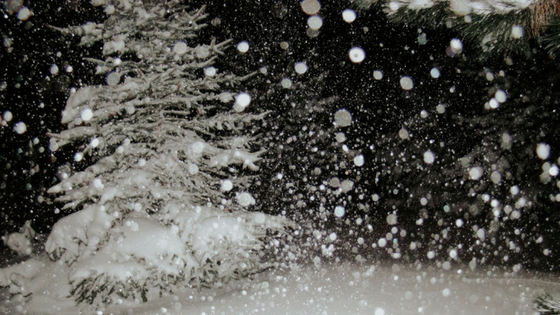 While November was a rather calm weather month throughout the country, December was the exact opposite. It only seems fitting for the whirlwind of a year 2017 was, right?

Snowstorms originating in the Deep South and moving across the Southeast in December are extremely rare – but not this year.

A low-pressure system that originated out of the Rockies on December 8th dipped south into the Southern Plains. As cold air pooled in from the central Plains and sank south across Texas and the Southeast, moisture from the Gulf of Mexico was traveling northward. These two components produced the impressive storm that brought the first snow to portions of the southern Texas, Louisiana, and the Southeast on December 9th.

Here are some of the snowfall totals across the Deep South and Southeast:

Ferocious winds in Southern California whipped up an explosive wildfire that quickly tripled in size, forcing the evacuation of thousands: https://t.co/HGQri9p0rH pic.twitter.com/ecDAto6MSa

While there was snow in the Southeast there were flames in the West. California wildfire season was not finished yet. The state had a rainy 2016-17 winter that produced more undergrowth and greener trees, but has been in a drought ever since. In southern California, strong Santa Ana winds developed in early December and a new series of destructive fires developed.

If you’re wondering where the month of September is on our 2017 weather review, wonder no longer! We are giving September its own post dedicated to the historic hurricane season. Stay tuned for our last 2o17 weather year review post tomorrow. We’ll post the link here once it’s live!