During October 2017, back-to-back hail storms impacted Argentina. Hail storms can dump feet of ice on the ground in a short period of time. 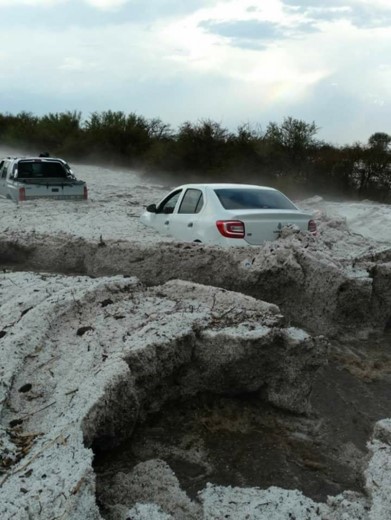 The storms occured on 25 and 26 October. The first storm dropped hail as big as 9 centimeters in diameter onto the city of Formosa. It damaged more than 1,000 buildings and caused at least one injury. 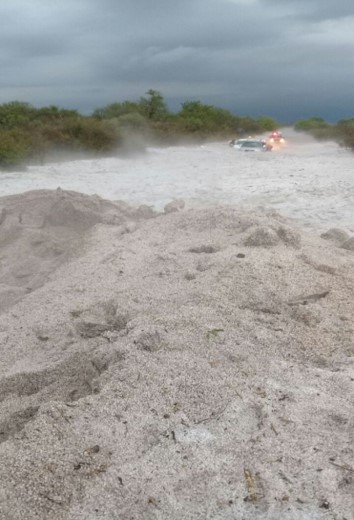 The next day, a similar storm in La Cruz dumped 5 feet of hail in just 15 minutes.

The hail formed as severe thunderstorms developed in the area. These storms were the result of high and low pressure systems coming together. The video below shows the severity of these storms. The purple polygons are part of our severe weather tracking capabilities. They are called Dangerous Thunderstorm Alerts.

We send out Dangerous Thunderstorm Alerts when our total lightning network detected a high frequency of total lightning. Total lightning is key to forecasting storms. They are also key to predicting other forms of severe weather, like tornadoes, high winds, and hail.

Ice pellets greater than 5 millimeters constitute hail. Cumulonimbus clouds produce hail. Unfortunately, hail can be a costly form of severe weather. This is because it is heavier than any other forms of precipitation. Last May, a hail storm in Denver caused over $1 billion U.S. dollars of damage.