California wildfires continue to be a problem for the southern part of the state. A week after wildfires broke out in Ventura County, Southern California continues to burn. The blaze, which was larger than New York City on Tuesday, has burned over  230,000 acres so far.

Several separate wildfires have damaged over 1,000 structures so far. Residents in the area have been sharing dramatic video of their neighborhoods ablaze.

The Skirball fire is ravaging some of Los Angeles’ most affluent communities and threatening the homes of celebrities — but it’s not the only wildfire in the area, and hundreds of thousands of people have evacuated. pic.twitter.com/lbTBO0LnD8

Smoke and ash fill the air as firefighters continue to assess and fight the different fires.

Firefighters in Fillmore assess the Thomas Fire, which is now the fifth largest wildfire in modern California history https://t.co/rJaxKdwCXL pic.twitter.com/KuFZV4bMIz

While we never advise putting yourself in danger during wildfires, this man rescued a bunny from the blaze after pulling over on the side of the road.

There are heroes all around us… Witnesses saw this man pull over next to a huge wildfire to save a rabbit. 😭😭😭 pic.twitter.com/G70D0BVrd1

While there is no rain in the forecast, diminishing winds are good sign for the fires. The blaze, which was hardly contained a week ago, is now at 20% contained. Earlier in the week, winds died down to gusts between 20 and 40 mph. This is a great improvement from the 60 to 70 mph Santa Ana winds the blew through the region over the weekend. However, these wind speeds still will move the wildfire at a fast rate. Not to mention, warm temperatures in the 70’s and 80’s coupled with low humidity also will help the fire continue to burn.

According to Cal Fire, at least 95,000 people have been evacuated in Southern California. There is a red flag warning for Los Angeles and Ventura counties that will last until this evening, the earliest. Our weather visualization software shows the areas that are under red flag warnings. 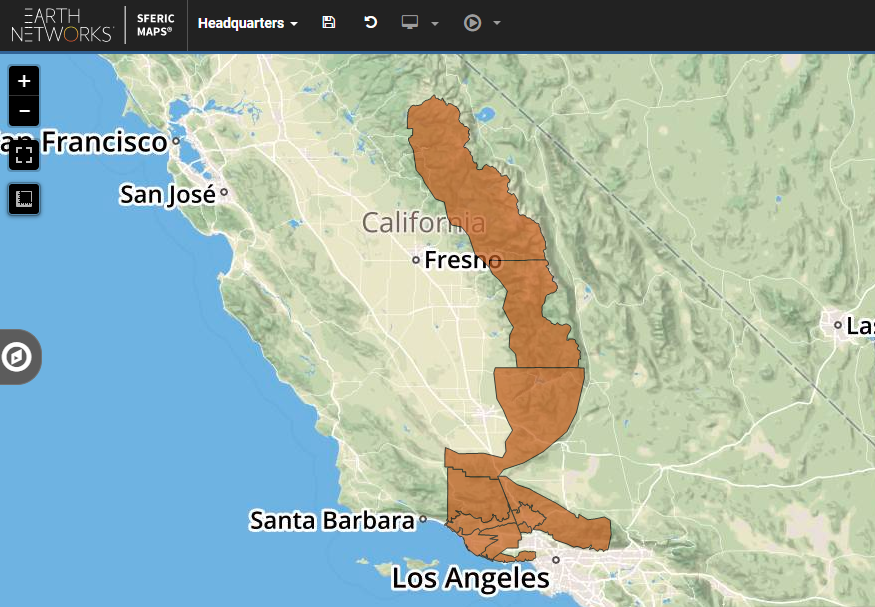 Everyone here at Earth Networks is hoping that the fires will subside soon and that everyone in the area will stay safe. If you are near the fires, please listen to local officials and prepare your home or business accordingly.