CAN 2017 Qualifier Continues Despite Stormy Weather

The CAN 2017 qualifying football matches ended on 4 September. The tournament, also know as the 2017 Africa Cup of Nations, will begin 14 January 2017 and conclude on 5 February 2017. Qualifying teams will play in Gabon for the chance to qualify for the 2017 FIFA Confederations Cup in Russia. 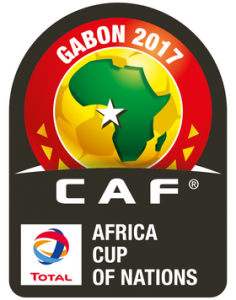 When participating in outdoor athletics, there’s a lot more at stake than winning or losing. During the qualifying matches, players battled opposing teams and dangerous weather.

Several matches took place during stormy weather. Football players are especially at risk during storms that involve lightning because they play on wide open fields. These fields also have metal goal posts which increases risk because they conduct lightning. There are no reported weather-related injuries during qualifying play, but weather safety should always be a focus during outdoor athletic competitions.

Burkina Faso clinched a spot in the tournament after defeating Botswana while a storm raged around Sade du 4 Aout in Ouagadougou. We detected 4,631 total lightning strikes around the stadium during the afternoon and early-evening hours of 4 September 2017.

The video above shows the path of the thunderstorm moving westward over the country. The purple in-cloud strikes and yellow cloud-to-ground strikes converge on Ouagadougou just after kickoff around 16:00 UTC. The stormy weather, which included lightning, high winds and pelting rains, may have assisted the winning goal by Burkina Faso in the 99th minute. 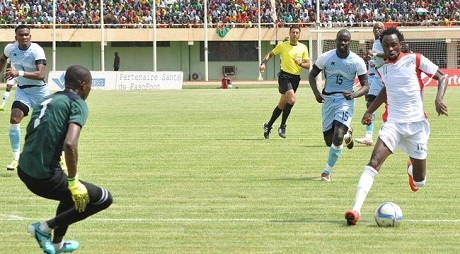 With the win, Burkina Faso joins Uganda as qualifiers for Group D. Play is set to begin in Gabon on 14 January. 16 teams will compete. On average, January and February are not stormy months for Gabon but officials should be on alert. Tournament officials, referees and teams should keep an eye on future CAN 2017 weather conditions to ensure player safety in upcoming games.