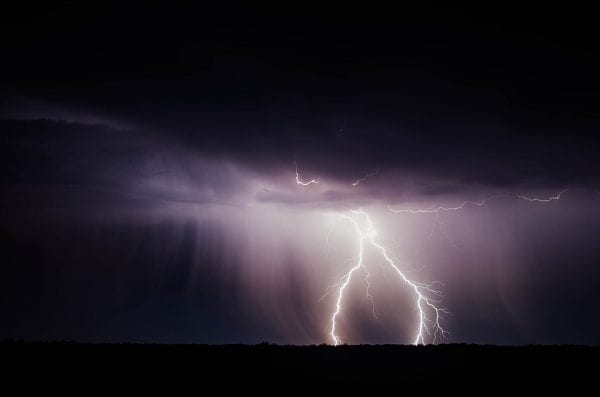 The 2017 India cyclone season has resulted in dangerous weather in India injuring and killing thousands of people. While extreme flooding caused a majority of these deaths, there is another culprit: Lightning.

In the past month alone, lightning strikes have killed over a dozen Indians and injured even more. Let’s take a look at a quick timeline of events and data from our severe weather tracking systems.

On Saturday, 19 lightning killed a 25-year-old man as he hid under a tree during a thunderstorm. The incident occurred at Munjanahalli in K R Nagar taluk of Mysuru district. This roadside food vendor was on his way to buy provisions in his two-wheeler when it began to rain. He parked his two-wheeler and took shelter under a tree. It was there that he was struck by lightning and died.

Seeking shelter under a tree during a lightning storm is a never a good idea. Trees are natural conductors of lightning and put you at risk for an indirect lightning strike. That’s when lightning strikes an object like a tree, unsafe shelter, or pole and travels through the ground and into a human being. The safest place to be during a thunderstorm is in a grounded building with doors and windows.

Lightning killed two people and injured one in Sivaganga district. During the Thursday evening storms, one resident of Poovali village and another of Kayankulam village were struck. A third goatherd from Poovali village escaped the fatal strike with injuries. He recovered at Sivaganga Medical College Hospital. All three victims were herding their cattle in a parched tank when lightning struck them.

Lightning killed one other person on this day in Virudhunagar district. A 45-year-old mason died while working. A cloud-to-ground strike hit the building where he was working. He was declared dead at the spot.

As you can see from the video above, there was a lot of lightning activity on this day in the region where these incidents occurred. Our total lightning network detected 12,336 total lightning strikes during a 24-hour period.

The next occurrence of dangerous weather in India occurred just a few days later. Lightning struck a killed a young woman and injured 17 others in Hoshangabad district of Madhya Pradesh. This scary incident occurred while those affected were working in fields. The lightning strike injured 11 women and six men. The Community Health Centre at Pipariya admitted the injured following the strike 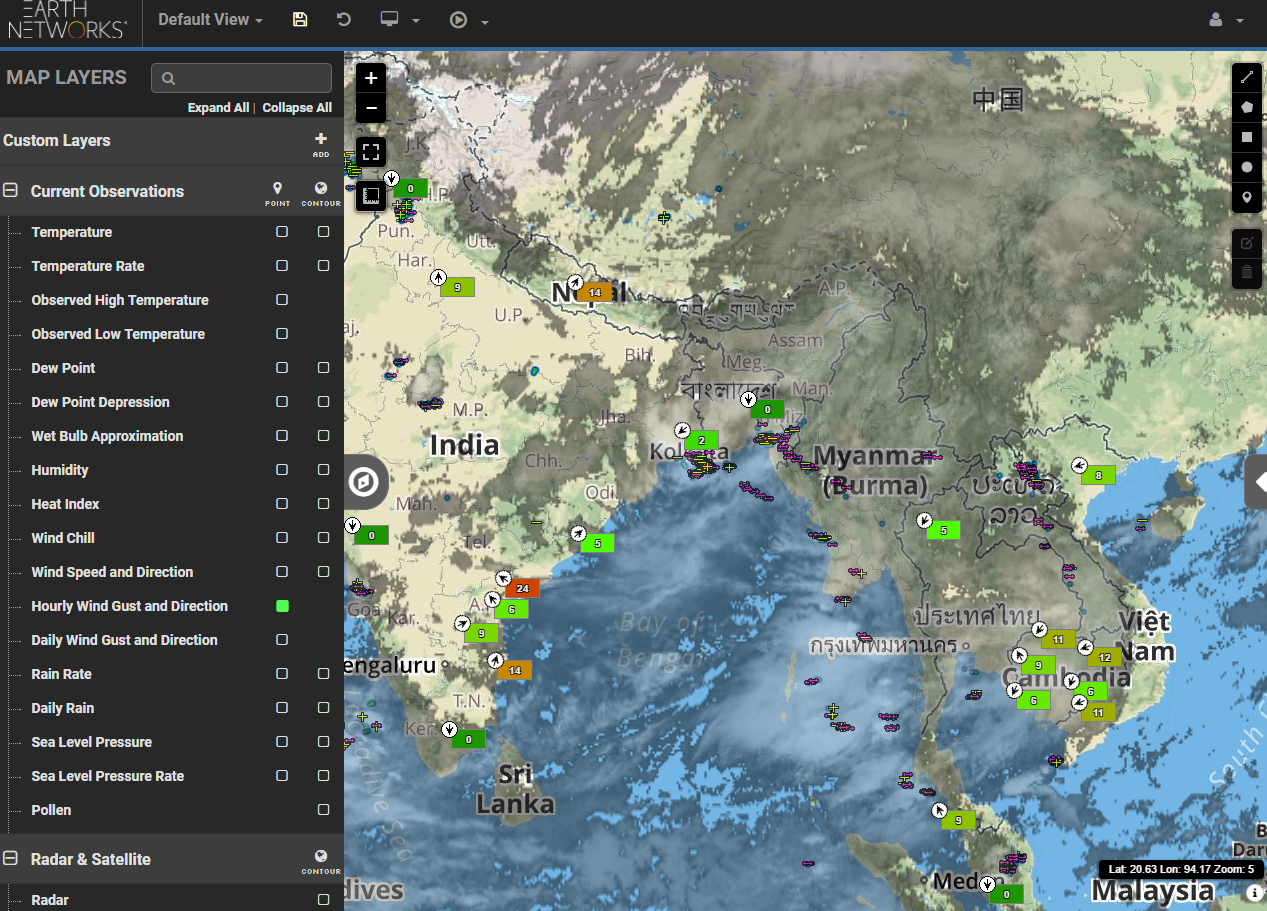 All of these injuries and deaths occurred during the India cyclone season. The Indian Ocean cyclone season is a dangerous time each year. The annual tropical cyclone formation has no official bounds, but cyclones tend to form between April and December. This is just a little bit longer than the Atlantic Basin hurricane season. The weather in India is considerably more dangerous during this time of year.

The Indian Ocean cyclone season is a dangerous time each year. The annual tropical cyclone formation has no official bounds, but cyclones tend to form between April and December. This is just a little bit longer than the Atlantic Basin hurricane season.

The severe cyclonic storm was Cyclone Mora, which occurred at the end of May. The storm crashed into Bangladesh on 30 May 2017. The Indian Navy assisted Bangladesh in sea rescues following the storm. The maximum sustained winds for this storm were about 55 knots or 63 mph. While these winds seem low compared to Atlantic Hurricane winds, the rain was the biggest problem. As the storm dissipated, rain was still falling at a rate of over 120 mm (4.7 inches) per hour. 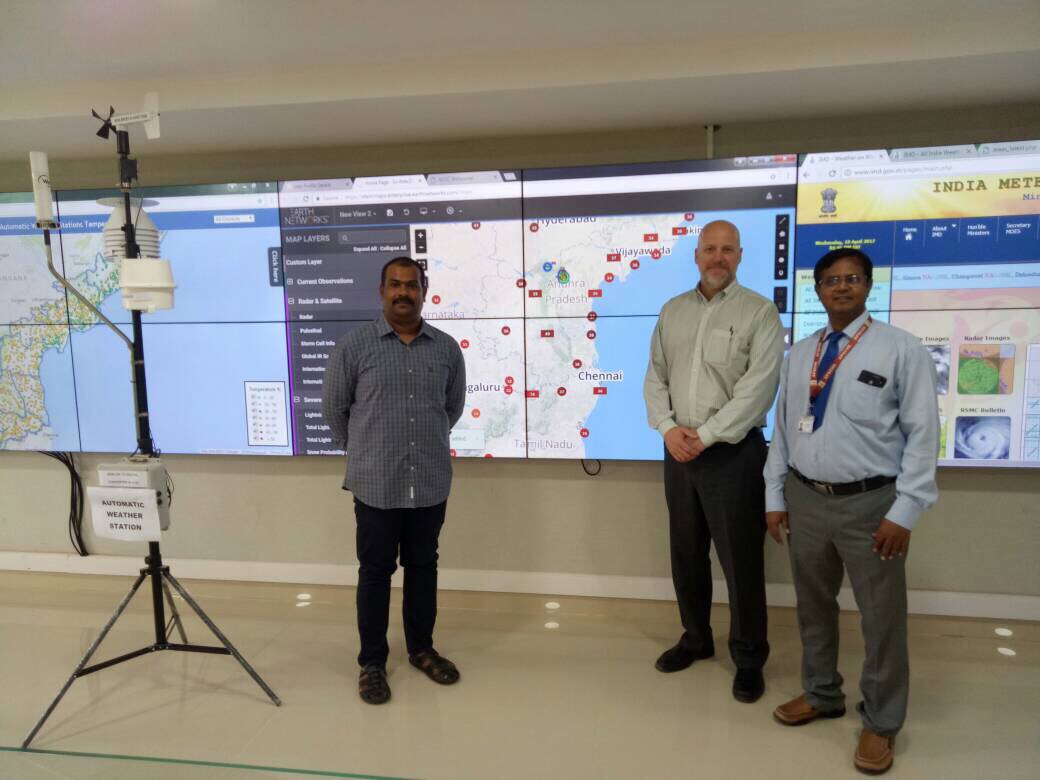 Weather-related injuries and deaths are preventable with the right warning equipment. One aspect all of these incidents have in common is that the victims are laborers. Whether they are food vendors, field workers, or masons, outdoor laborers in India are disproportionately at risk for lightning more than anyone else. A lot of the time, these laborers have no idea a storm is headed their way. with a weather warning, India’s hard working people put themselves at risk every day during cyclone season and throughout the year. The numbers are staggering. Last year, 1,600 people died due to weather-related events in India.

The numbers are staggering. Last year, 1,600 people died due to weather-related events in India.

Our new severe weather stations and alerting equipment in Andhra Pradesh aims to help reduce and eventually eliminate these deaths. Our weather network protects residents across the region, which is well-known for severe weather. Andhra Pradesh is the first Indian state to recognize the critical role advanced lightning detection and alerts can play in saving lives and protecting critical infrastructure. By providing their people, including outdoor laborers, with early severe weather in India warnings, the government is helping reduce fatalities and injuries across the state.