The American Meteorological Society (AMS) Annual Meeting is right around the corner, and the crew here at Earth Networks is gearing up for this amazing event! We’re proud to announce our important contributions to the upcoming 98th AMS Annual Meeting in Austin. This meeting, held January 7 – 11, 2018, is a chance for scientists, educators, students, and other professionals to share, collaborate, and learn about different weather water, and climate issues.

This year, our team is excited to present their work in symposiums and conferences throughout the conference. Keep reading to find out all of the presentations we’re involved in and to learn more about them.

Drone operations are growing at an alarming fast rate. The FAA estimate the fleet of commercial drones could grow to 1.6 million by 2021. It’s becoming increasingly clear that advanced weather data will transform both the efficiency and safety of UAV operations used for the delivery of goods and other commercial drone activities. Join Earth Networks Chief Marketing Officer, Anuj Agrawal, for this symposium. Monday, 8 January 2018 02:30 PM – 02:45 PM Austin Convention Center and Hilton – Room 16AB (ACC)

Recently, the Geostationary Lightning Mapper (GLM) began collecting optical data to locate lightning events and flashes over the North and South American continents. This new instrument promises uniformly high detection efficiency (DE) over its entire field of view, with location accuracy on the order of 10 km.

In comparison, Earth Networks Total Lightning Network (ENTLN) has a less uniform coverage, with higher DE in regions with dense sensor coverage, and lower DE with sparse sensor coverage.  ENTLN also offers better location accuracy, lightning classification, and peak current estimation for their lightning locations.  It is desirable to produce an integrated dataset, combining the strong points of GLM and ENTLN.  Presented is an initial implementation of this type of integration using preliminary GLM data, and waveforms from ENTLN.

Eighth Symposium on Advances in Modeling and Analysis Using Python

Enipy is a new set of python tools developed by Earth Networks to speed up analyzing large amount of weather data.  These tools were originally developed for internal use by the Earth Networks R&D department to speed up building proofs of concepts, and conducting case studies.  Currently, enipy supports Earth Networks lightning data, including reading and writing detection reports, opening real-time data feeds, reading and correlating raw waveform data, and visualizing the data.

The tools fully support, and have been used for, the analysis of very large data sets of 600 million lightning flashes or more.  Enipy is under continuous development by the Earth Networks R&D team, with features being added regularly.  The eventual goal is for these tools to support all Earth Networks data products.  As the tools should be generally useful to the community at large, they have been open-sourced under a very permissive the MIT license.

Data analysis skills are essential to remain competitive in today’s job market. As the demand for this expertise continues to grow, how can teachers prepare students with the foundations to compete in this new era of big data? Learn more about how analytical, statistical, visual, API, and coding tools can advance science and engineering practices in the classroom. With such tools, students are introduced to big data derived from weather observations collected from around the globe and in their own backyard.

Ninth Conference on Environment and Health 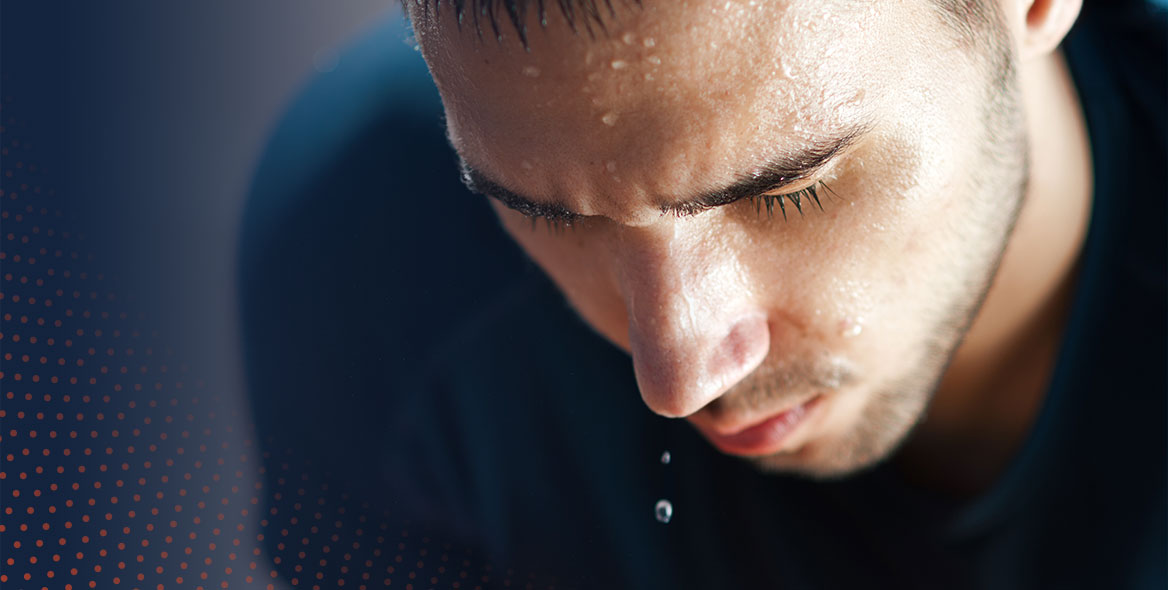 Heat stress illnesses are 100% preventable for outdoor activities within colleges and schools.

However, the current protocols related to extreme heat do not keep everyone safe, with more students dying every year from heat stress than lightning strikes.

This session will present and welcome discussion on:

Eighth Conference on the Transition of Research for Operations

Lightning location systems have shown to be an integral part of weather research and forecasting. The launch of GOES-16 Geostationary Lightning Mapper (GLM) will provide a new tool to help improve lightning detection throughout the Americas and ocean regions. However, before this data can be effectively used, there must be a thorough analysis of its performance to validate the data it produces.

Here, we compare GLM data to data from the Earth Networks Total Lightning Network (ENTLN). We analyze data during the months of May and June of 2017 to determine the detection efficiency of each system. A successful match occurs when two flashes overlap in time and are less than 0.2 degrees apart. Of the flashes detected by ENTLN, GLM detects about 50% overall. The highest DEs for GLM are over the ocean and South America, and lowest are in Central America and the Northeastern and Western parts of the U.S. Of the flashes detected by GLM, ENTLN detected over 80% in the Central and Eastern parts of the U.S. and 10-20% in Central and South America.

Emissions of nitrogen oxides (NOx) influence atmospheric oxidation chemistry and drive ozone production. Lightning is the dominant source of nitrogen oxides (NOx = NO + NO2) in the upper troposphere (UT). NOx is a key driver of chemistry in the UT and accurate and precise estimates of per flash lightning NOx production rates (LNOx) are needed to constrain the oxidative capacity in the UT and the global ozone burden; however, LNOx estimates are highly variable and uncertain.

Here, we investigate LNOx variability in the U.S. due to lighting flash type and polarity. We correlate space-based NO2 observations from the Ozone Monitoring Instrument and surface lightning data from the Earth Networks Total Lightning Network separately in three regions of the U.S., Southeast, South Central, and North Central U.S., which exhibit different lightning characteristics. We find that differences in U.S. regional LNOx estimates are generally consistent with regional differences in the prevalence and proportion of inter-cloud (IC) and positive and negative cloud-to-ground (+CG and –CG) lightning flashes in each region.

Major Weather Events and Impacts of 2017

The 2017 hurricane season has been one of the most active seasons in history, and rising global temperatures suggest that future seasons will continue in this manner. It is therefore imperative that we take advantage of all available data and provide the most accurate forecasts to help mitigate the impact from these storms. It has been shown that sudden increases in lightning activity in the eyewall may provide a useful forecast tool for intensification of hurricanes.

In this study, we use lightning data from the Earth Networks Global Lightning Network (ENGLN) to analyze lightning activity during several hurricanes from the 2017 season. For example, Maria, a devastating Category 5 storm, suddenly intensified from a Category 1 to Category 5 storm between the morning and evening of September 18th. Just before this intensification, we observe a large increase in lightning activity occurring in the eyewall of Maria. We also observe many more smaller peaks in lightning activity at other times throughout the lifetime of Maria. We present these results as well as apply a similar analysis for several other hurricanes occurring during the 2017 hurricane season.

You can also find a full scientific program for the Annual Meeting on the AMS website. 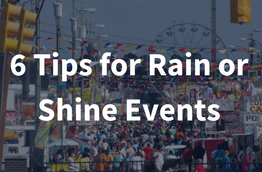 Make your rain or shine outdoor event a