GERMANTOWN, Md.—Earth Networks will release its 2017 Tropical Storm Outlook on May 11, 2017. The forecast will be presented in a live webinar at 2:00 p.m. ET by Julie Gaddy, CCM and Senior Meteorologist for Earth Networks.

After an above average season in 2016 that brought deadly Hurricane Matthew, the southernmost Category 5 Atlantic Hurricane on record, as well as 6 other hurricanes, and 15 tropical storms, the Meteorology Team at Earth Networks is ready to unveil its forecast for the 2017 season in a free webinar. The season runs from June 1 to November 30 and includes the Atlantic, Caribbean Sea, and the Gulf of Mexico.

Every spring, the Meteorology team at Earth Networks evaluates historical and breaking weather information to forecast the likelihood and intensity of tropical storm and hurricane activity in the Atlantic Ocean and Gulf of Mexico. The team examines global atmospheric and oceanic temperatures and trends, the state of the El Niño – La Niña Southern Oscillation, various climate indices, and long-term computer forecast models.


Earth Networks has been Taking the Pulse of the Planet® for more than 20 years. We help organizations mitigate financial, operational and human risk by providing environmental intelligence from the world’s largest hyperlocal weather network. Schools, airports, sports teams, utilities and government agencies rely on our early warning solutions to safeguard lives, prepare for weather events and optimize operations. Companies across all industries use our weather data to automate decisions regarding risk management, business continuity and asset protection. 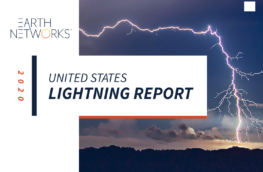 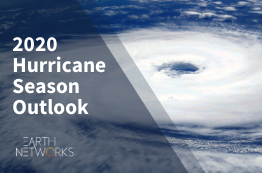 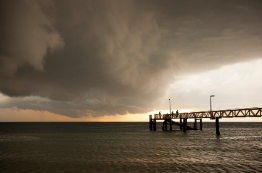