A strong hailstorm in southern France caused a train to derail in Lunel, between Nimes and Montepellier. The double-decker train was traveling at 140 kmh when it struck a tree that fell onto the tracks due to the storm around 3:45pm local time. 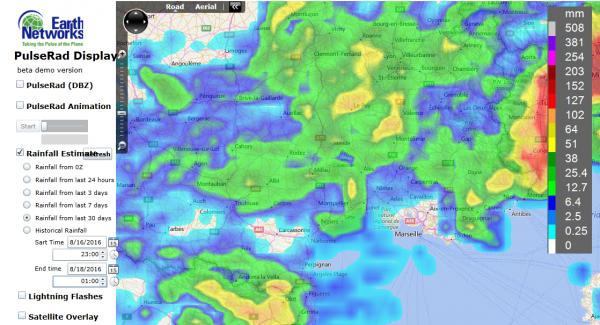 An advantage of monitoring in-cloud lightning is the ability to better predict these dangerous conditions. The purple polygons in the video above represent Earth Networks Dangerous Thunderstorm Alerts. High frequencies of in-cloud lightning generate these alerts to warn of extremely strong storms moving through a region. During this hailstorm, Earth Networks issued seven dangerous thunderstorm alerts in southern France, five of which were directly in the area of the crash. 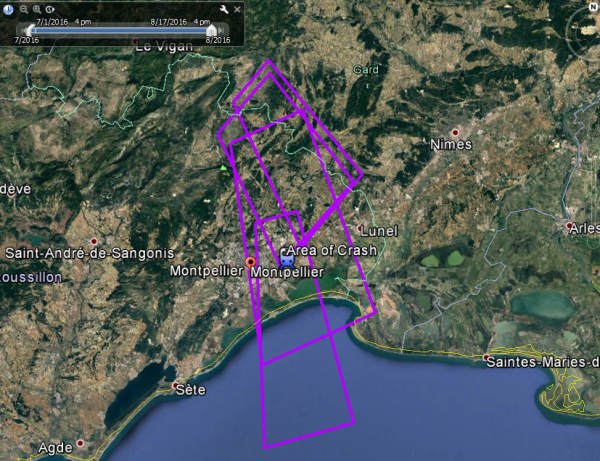 The bulk of the damage was in the train’s front carriage. The crash injured 60 people total; eight severely. One passenger was even thrown from the train on impact. Since the site of the crash was extremely difficult for rescuers to reach, that critically injured passenger was airlifted to a nearby hospital. Rail services in both directions were suspended following the crash. 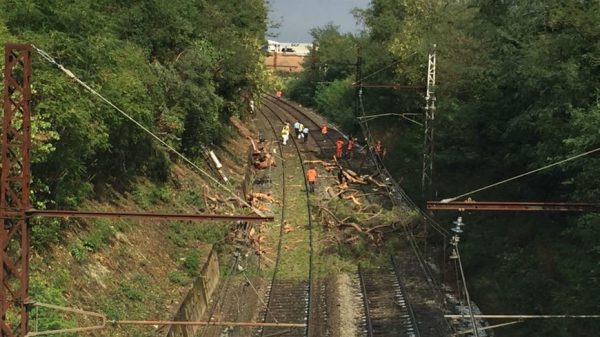