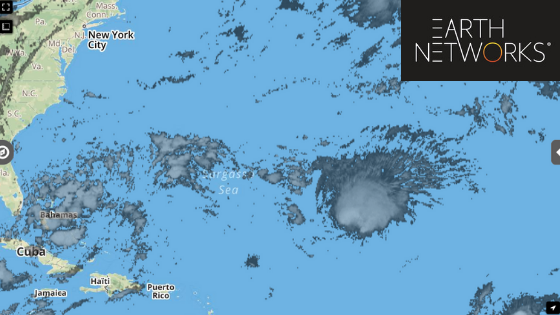 Florence continues to move across the Atlantic, but it is still more than a week away from posing any potential threats to the U.S.

It’s also important to note that although Florence hit major hurricane status, it is currently a tropical storm. By Monday, the National Hurricane Center predicts it will strengthen back to a Category 3. 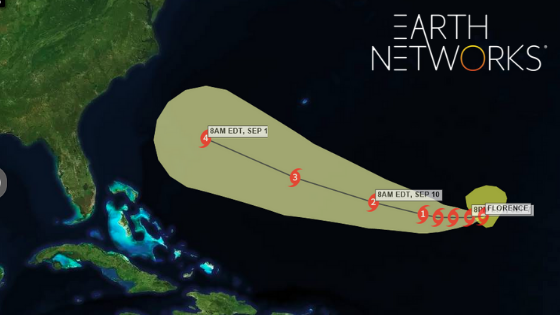 Tropical Storm Florence is located near 25.0 N and 51.8 W. This is about 935 miles east-southeast of Bermuda. This is also about 865 miles east-northeast of the northern Leeward Islands.

Florence is packing top sustained winds of 65 mph and is moving west at 8 mph. The minimum central pressure is 996 mb. This is also 29.42 inches of mercury.

Florence first became a hurricane on Tuesday, September 4, 2018. Strong winds in the upper atmosphere have been a problem for Florence recently. The system is expected to remain a tropical storm through Saturday. As it continues to move westward, Florence will move into a more favorable area for further development with light winds in the upper levels of the atmosphere and warm, bath-like waters. This will allow Florence to likely become a major hurricane for the second time in its life cycle by Sunday and into early next week.

A strong high pressure ridge in place across the western Atlantic will continue to steer Florence towards the west-northwest through early this coming week.

Will Florence Reach the U.S.? 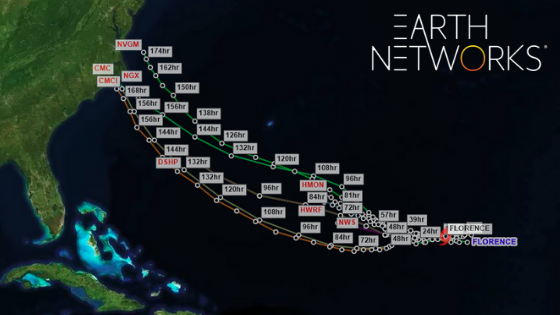 While there is some hysteria over Florence with last year’s hurricane season still top of mind, it’s too soon to say with certainty that it will reach the U.S. Meteorologists are predicting that is could affect Bermuda to some degree early next week.

If it does make it to the U.S., that would most likely happen between Wednesday and Friday. As we mentioned above, the intensity forecast for the storm is extremely uncertain.

While computer models have Florence moving all over the place models are starting to become more reliable. In general, these models have shifted the track westward, closer to the U.S., but still offshore. There is also a low pressure system on land that could help deflect it away from the coast.

There are simulations in the European modeling system that bring the storm inland and hug the coastline, but others are showing the storm moving further out to sea.

Our meteorologists here at Earth Networks are saying the following about Florence’s potential track.

The long-range forecast guidance is a bit hazy on its track, with some indication that it may track south and west of Bermuda and eventually make a right run to the north or northeast before it can reach the East Coast. There is a large amount of uncertainty in this forecast beyond the next day or two. Although it does not pose a threat to the U.S. as of now, residents along the East Coast would be wise to continue monitoring the system.

What Happens If Florence Moves Inland?

Most of us on the East Coast have experienced a hurricane at some point in our lifetimes. If Florence tracks inland, it could make landfall anywhere from Florida to Connecticut. Again, it’s too early to say where/if Florence will make landfall, but it’s always a good idea to be prepared.

The Atlantic Hurricane Basin is entering its climatological peak time for hurricane development. Coastal residents and businesses should review their emergency plans. Businesses on the East Coast can take advantage of Florence as a reminder to get prepared. You can download our crowd-sourced guide to hurricanes for business continuity professionals below for free.

You should also update your hurricane kits with fresh non-perishable food, water, and other supplies like batteries.

The 2018 Hurricane Season So Far

So far, this year’s Atlantic Hurricane season has consisted of: 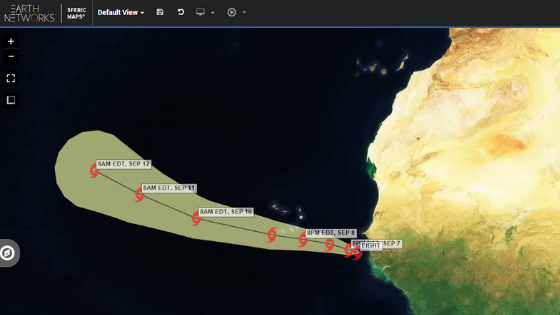 There are two more storms expected to form in the week ahead. They would be named Helene and Isaac. These are both forecast to form just off the west coast of Africa. The National Hurricane Center said there’s a 70% chance that a tropical depression will form within the next five days. If wind speeds reach 39 mph, it will be the eighth depression of the season and we’ll call it Helene.

Right now, we’re calling it Tropical Cyclone 8. This is causing tropical trouble. Tropical Storm Warnings have been issued for the southern Cabo Verde Islands such as Santiago, Fogo, and Brava. Although potential Tropical Storm 8 currently has winds at 35 mph, it is expected to strengthen within the next 72 hours.

Rainfall amounts of 3 to 5 inches, with local amounts reaching 8 inches, are expected for the southern Cabo Verde Islands. Flash flooding is very possible with this much rain at once.

Keep your eye on the forecast because it’s possible we may have three active Atlantic tropical storms. 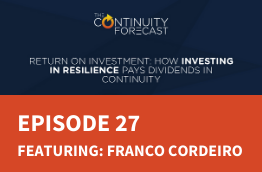 When a major organization has a disaster (either 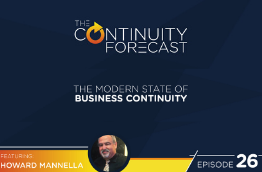 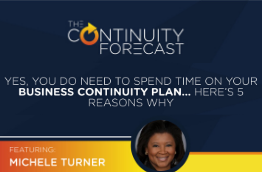 Yes, you do need to spend time on