Lightning Facts vs. Lightning Myths: Knowing the Difference can Save a Life

Lightning strikes injure over 240,000 people each year across the world and ranks in the top 3 for weather related deaths in the U.S.; making lightning facts important information to be familiar with. People outdoors are the most at risk, but those indoors can be struck as well. In the U.S., fishing and camping are at the top of the list; closely followed by boating, soccer and golf. Many people assume that because a storm isn’t directly overhead they are safe, however lightning can strike 10 miles away from an approaching or departing storm. 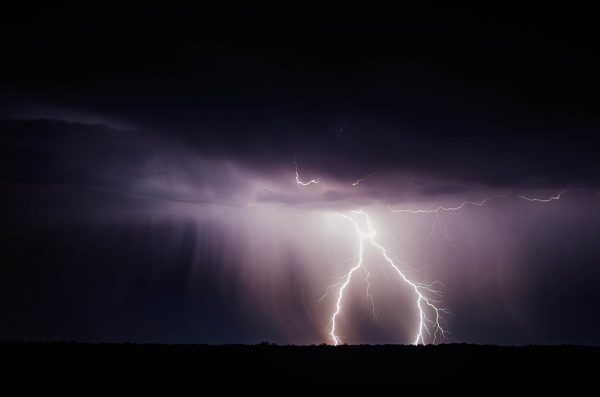 There are plenty of rumors out there about lightning safety, so we’ve compiled a list of the top 5 lightning myths and how to better protect yourself.

1. MYTH: If you count more than 30 seconds from a lightning strike until thunder the storm is more than 6 miles away.

FACT: False, the storm is already upon you and you are already in danger of being struck by lightning. Move to a lightning safe shelter immediately!

2. MYTH: Assuming a “crouch” position outdoors will protect you from lightning

FACT: If you are outside during a thunderstorm there is no safe position that will protect you from a lightning strike. You are actually no safer crouching than standing. In fact, in 2008 the National Weather Service stopped recommending the crouch.

FACT: Tents, overhangs and various other shelters that will block you from rain will not protect you from lightning strikes. The safest place is a shelter with four walls and a roof, or in a car.

FACT: Portable lightning detectors are only reliable if they are turned on, monitored regularly and chartered every day. Otherwise, they’re accuracy on detecting lightning drops significantly.

5. MYTH: People struck by lightning carry an electrical charge and it is unsafe to help

Besides knowing the difference between lightning facts and lightning myths, there are other precautions you can take to protect yourself and others from lightning strikes. If a thunderstorm is approaching your home, businesses, field or school remind civilians to: