Lightning Forces Plane to Turn Around

Lightning in Northland struck a plane yesterday afternoon. The strike during the afternoon hours of 9 March 2017 forced the plane to turn around. The Air New Zealand flight took off from Auckland and was planning to land in Kerikeri.

Flight NZ8678 turned around at approximately 2:20 pm after being struck by lightning. An Air New Zealand spokeswoman said the plane was being checked for damage by engineers. There were no injuries as a result of the lightning strike. 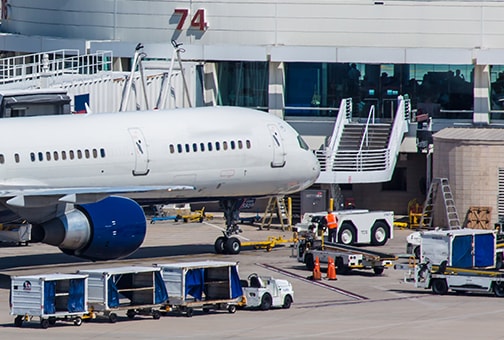 Lighting striking aircraft while in the air is a common occurrence. Severe weather is also a problem for airport operations as a whole. Heavy rains, winds, hail and lightning can negatively affect ground operations and facilities as well. It’s important for airports and airlines to have real-time, accurate weather data so they can reduce injuries, avoid aircraft damage and improve on-time performance.

Recently, lightning in New York City damaged a runway at LaGuardia Airport. This caused widespread delays and cancellations as ground crews worked to repair the runway.

Metservices released several severe thunderstorm warnings across New Zealand during the day. These warnings lasted until 10:30pm on Friday in some areas of Northland. Our total lightning network detected over 2,000 strikes over northern New Zealand on Thursday. The yellow strikes in the video below represent cloud-to-ground lightning strikes while the purple strikes represent in-cloud lightning strikes.

Storms briefly cut power on Thursday to some rural areas west of Whangarei. The severe thunderstorms moving through the region also prompted a flood warning for Kaeo and Ngunguru.


These storms come at an inopportune time for northern New Zealand. In flood-stricken Coromandel, people had to prepare for more heavy rain that will last into the weekend. Coromandel Civil Defence controller Garry Towler said about 120mm of rain was expected Thursday into Friday. MetService estimates 20mm of rain to fall in Thames today and more than 75mm in Auckland.Daring Flood Rescues

The flooding in New Zealand is a crisis for many. Heavy rains earlier in the week caught families off-guard as their homes quickly filled with water. In one case, a father kayaked his daughter out of their kitchen as water levels rose thanks to the 200mm of rain the Coromandel Peninsula received in just 36 hours.

In south Auckland, flash flooding trapped a family in their home. As they escaped the waste-deep waters, they had to watch as their livestock on the farm drowned. The family estimate that hundreds of sheep on their farm died as a result of the rain.