A fire started late afternoon on August 11th at Motiva Enterprises LLC’s refinery in Convent, Louisiana. The fire reportedly began in the 45,000 bpd heavy oil hydrocracker unit and did not spread to the rest of the plant’s units. Highways and roads around the refinery were shut down for a time on Thursday but have since been reopened. Plant firefighters working together with the fire departments have contained the blaze and luckily the refinery was evacuated with no reported injuries.

Officials are investigating the cause of the fire, but strong thunderstorms containing a high frequency of lightning could be to blame. Over 4 inches of rain was recorded for the day at a nearby Earth Networks weather station and the Earth Networks Total Lightning Network™ detected 4,872 total lightning strikes in a 15-mile radius around the plant. 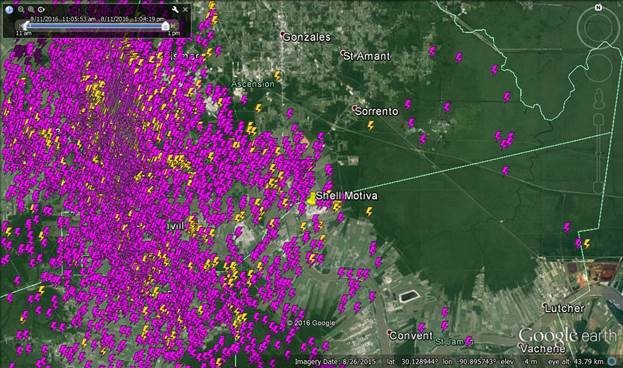 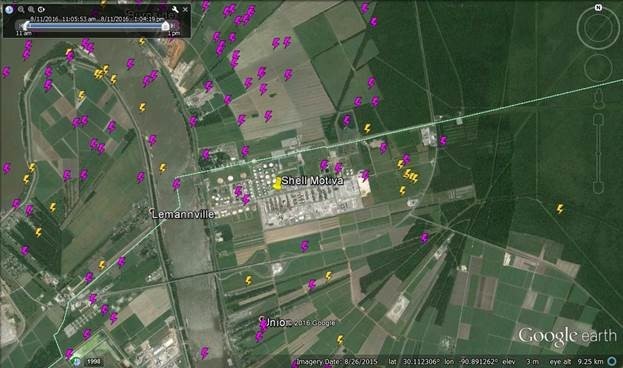 The high frequency and close proximity of the cloud-to-ground lightning strikes could be more than a coincidence in the case of this fire.

Lightning in area of plant around 10:30am. #4WWLpic.twitter.com/KC0Je49MH3