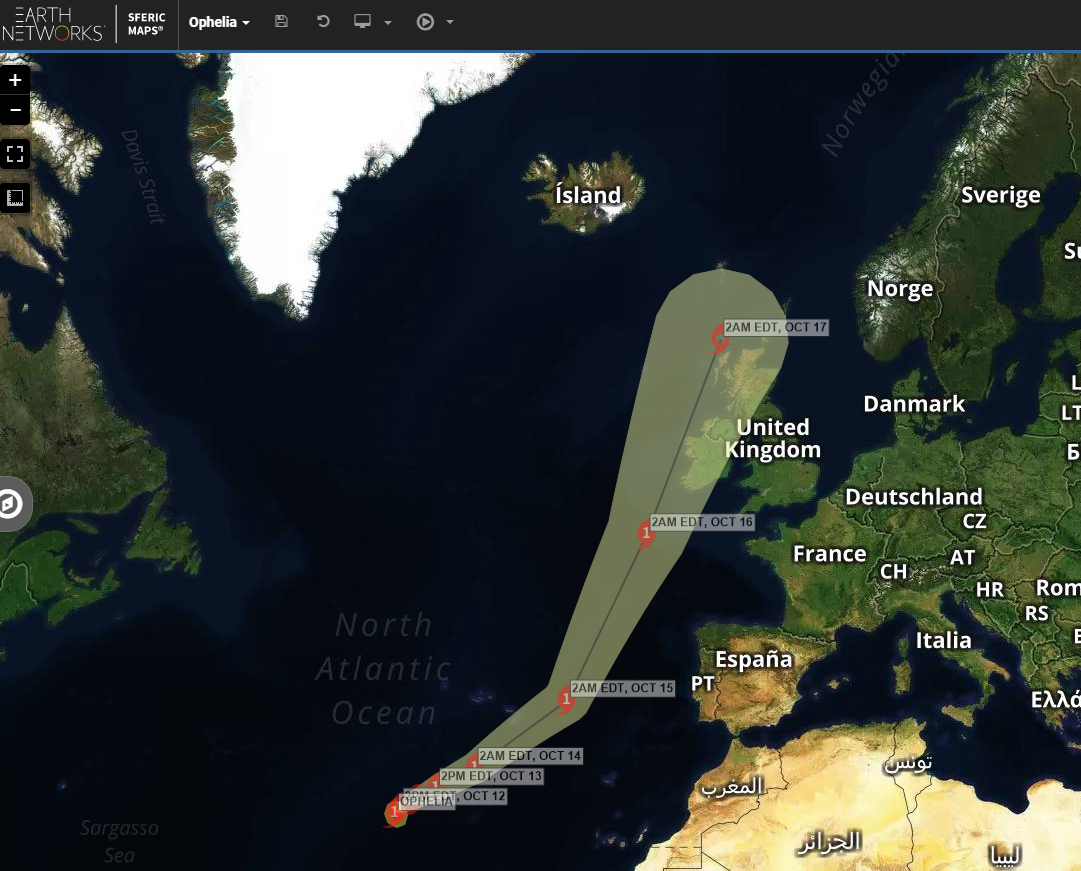 Ophelia is the tenth consecutive hurricane of the 2017 Atlantic hurricane season. While it poses no immediate risk to land, stormy weather will head towards the Azores this weekend.

The storm will gain speed thanks to low pressure approaching from the northwest. This will happen when the storm is off the northeast of Ireland through the end of the workweek. The system will pass just east of the Azores on Saturday. Early next week, the storm will turn toward western Europe. Although, by then, Ophelia will no longer have any tropical characteristics.

After staying nearly stationary over warm waters, the storm was able to gain enough strength to become a Category 1 hurricane. Late this week, stronger southwest winds aloft ahead of the low pressure that will push it towards the North Atlantic will likely help to weaken the storm a bit. 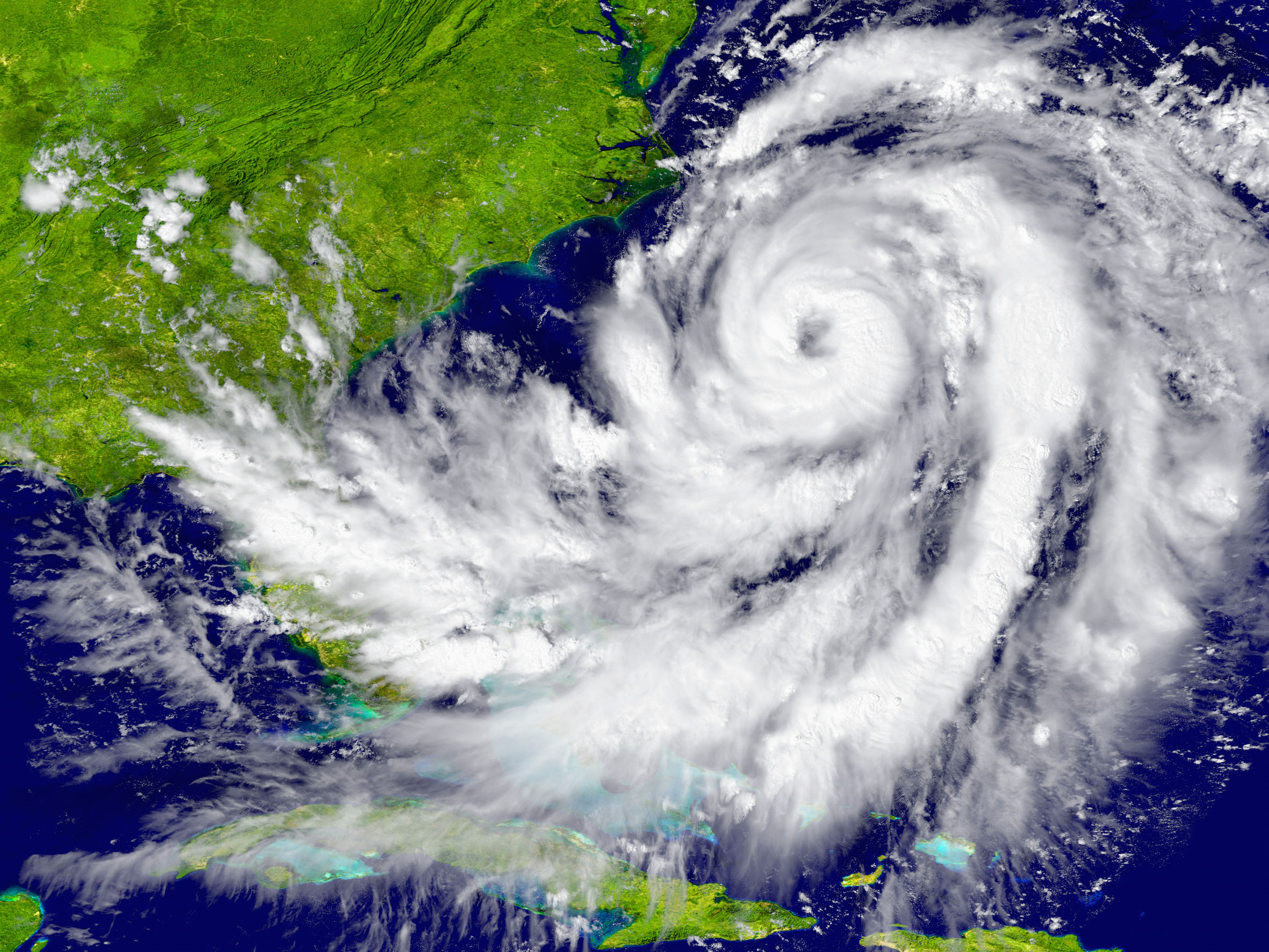 The second major hurricane quickly followed. Irma made landfall as a Category 5 storm in the Leeward Islands before causing significant damage throughout the Caribbean and in Florida. After Irma came Jose, a Category 4 storm that luckily missed most land and spun into the Atlantic in mid-September. Maria quickly followed Jose. The Category 5 storm decimated Puerto Rico and the Virgin Islands when it made landfall in mid-September. Finally, Lee formed at the end of September.