Seasons in Panama are unlike seasons in most other places of the world. Instead of changes in temperature, Panama’s seasons are marked by changes in precipitation and humidity. While Dry Season is hot and sunny, Wet Season (May-December) means humid conditions and almost daily thunderstorms. The below images generated by Earth Networks radar alternative show the dramatic difference between the rain totals of Panama’s Dry Season and Wet Season. 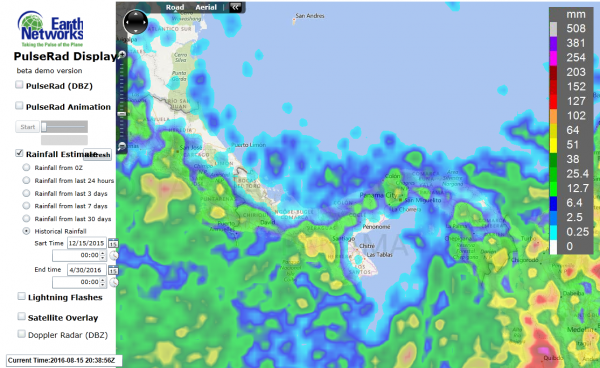 Panama’s Dry Season, from mid-December until the end of April, experienced a high of just 64mm of rain. 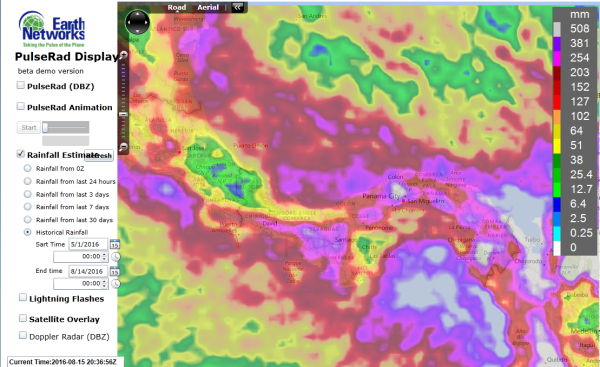 Panama’s Wet Season shows a completely different story with a high of over 508mm of rain in some areas including Panama City (grey). No area of Panama received less than 38mm of rain during dry season, while most areas are somewhere between 51-102mm (yellow and orange).

One particularly strong thunderstorm during Wet Season occurred on 14 July 2016. Earth Networks Total Lightning Networks detected over 41,000 lightning strikes during a 12–hour period. The time-lapse video below shows both in-cloud (purple) and cloud-to-ground (yellow) strikes. A dozen Dangerous Thunderstorm Alerts, represented by the purple polygons, can also be viewed in the video as they follow strong storm cells throughout the region. 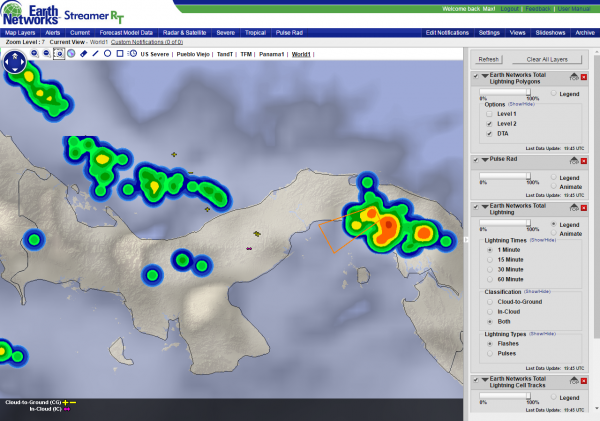 A less severe Dangerous Thunderstorm Alert is represented by an orange polygon in the above image. It opens southwest, indicating the strong storm cell with the red center’s direction. The below alert indicates that the lightning is moving south.