A professor from the University of Idaho died Sunday when lightning struck her while climbing the Matterhorn in the Swiss Alps. Samatha Ramsay was an assistant professor of nutrition at the university. She was an avid mountain climber and traveler.

She was climbing the Swiss side of the Matterhorn on Sunday, July 30 with another experienced climber. Thunderstorms arrived Sunday night, putting the climbers in a dangerous situation. Unfortunately, lightning struck both of the climbers.

After the strike, her companion used an emergency radio for help. Medical services arrived and took Ramsay to a hospital, where she was declared dead upon arrival. The friend who phoned for help is listed as in critical condition.

Professor killed in Swiss Alps by lightning: During the early afternoon hours, scattered thunderstorms began to move through France, Italy, and Switzerland. Our lightning detection network detected 11,897 total lightning strikes in a small radius around the Matterhorn. These strikes occurred between the hours of 12:00 UTC and 23:00 UTC on Sunday, July 30.

4 Dangerous Thunderstorm Alerts (DTAs) moving from France to Switzerland. DTAs are one of the many severe weather tracking tools we’ve created. They are represented by the purple polygons in the screen capture below. 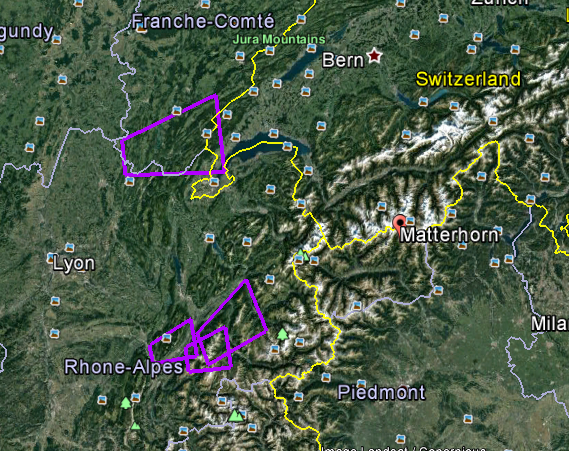 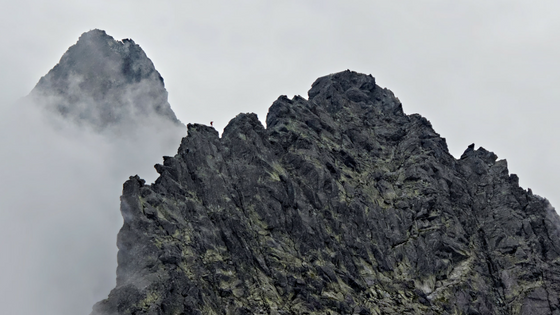 There is a lot of things hikers and mountain climbers have to worry about to enjoy their hobby. You need the right gear, a map, and good weather. Check out these outdoor recreation tips the next time you hit the mountains.

Hiking or mountain climbing during thunderstorms is very dangerous. It is also dangerous to hike right before or after a thunderstorm. This is because of poor planning. Many people think they are safe if they just beat the storm or if they wait until the sun comes out. These are both situations that are very dangerous. Lightning can strike from over 15 miles away. Just because the skies are clear does not mean your path to the top is clear as well.

A mountain is a dangerous location during a thunderstorm because you are closer to storm’s activity elevation-wise. You also most likely do not have a lightning safe shelter. In many cases, mountain climbers carry metal equipment that makes them an easier target for lightning strikes.

This incident is a grim reminder of how dangerous severe weather can be. Unfortunately, there are other cases like this one. Earlier in 2017, there were three hikers struck by lightning in Java. Late last year, a US tourist was struck by lightning on top of Mount Warning in Australia.