A storm containing a high frequency of total lightning moved down the west coast of Nicaragua before it moved out to sea. The intensity of the lightning contributed to the generation of 17 Dangerous Thunderstorm Alerts (DTAs) over the course of approximately four hours. The video below shows the path of the storm cells and accompanying DTAs. Earth Networks Total Lightning Network generates DTAs as advanced local storm warnings and are represented by purple polygons in the video below.

Severe flash flooding is a reoccurring issue impacting Nicaragua safety in 2016. One of the worst floods in 2016 occurred on July 9th. Heavy rainfall fell on the East coast for 24 hours. Some areas experienced up to 127mm of rain according to Pulse Rad, our radar alternative. The image below shows the rainfall measured in millimeters for 9 July 2016. 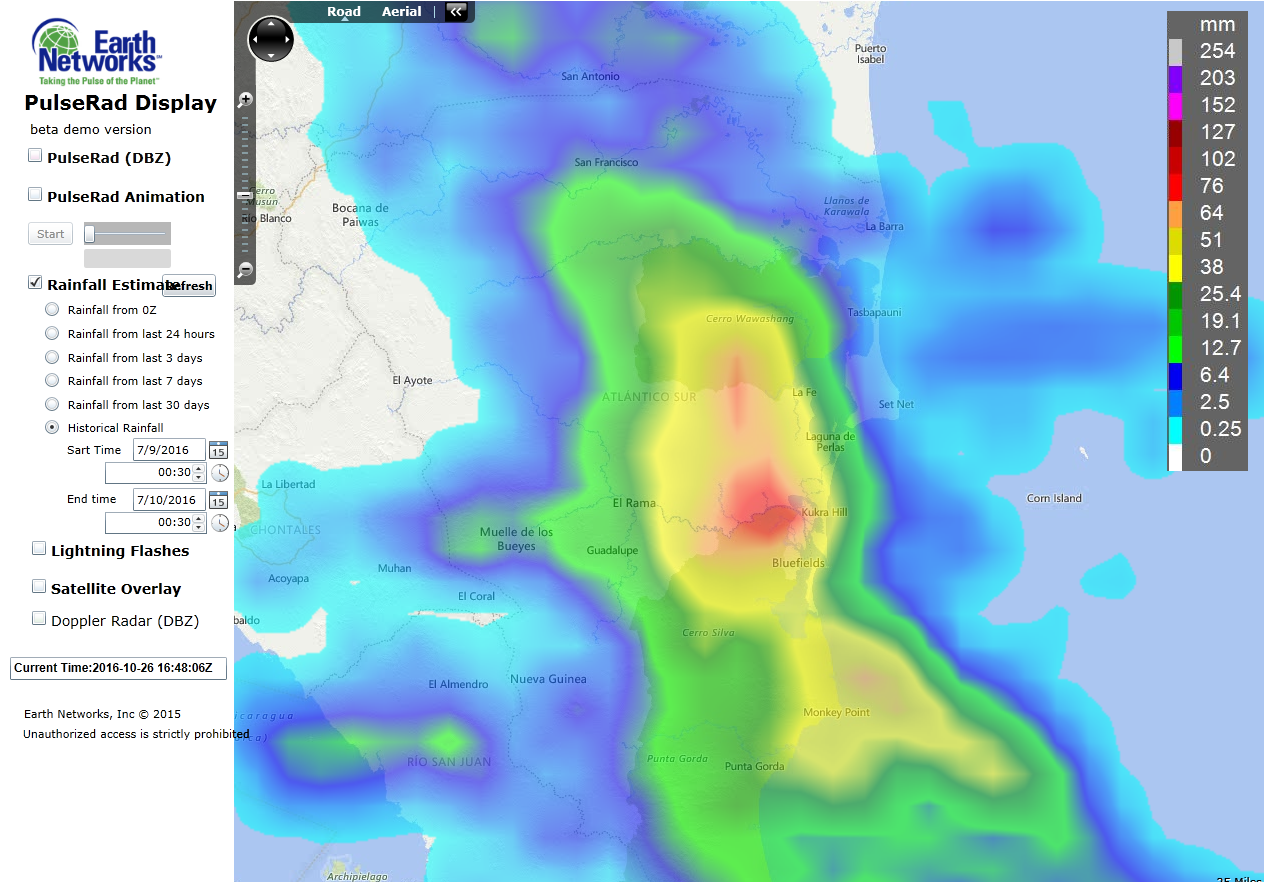 Local media reported that levels of the Prinzapolka, Escondido and Rio Grande de Matagalpa rose rapidly. The resulting flooding destroyed about 300 homes. Approximately 4,000 people evacuated their homes and communities to escape the flood. Those affected sought shelter in 10 centers around the area. While the rivers had mostly receded by the 13th, around 200 evacuees from the area of Prinzapolka remained in shelters for an extended period of time until the situation normalized in their communities.