The Best Songs About Fall Weather 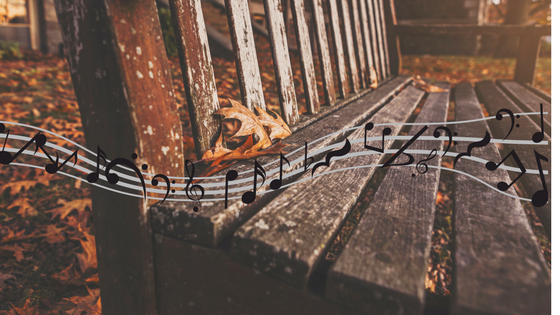 The temperatures are dropping, the leaves are falling, apples are ready for picking… Autumn is officially here! The fall is one of our favorite seasons here at Earth Networks. Summer thunderstorms become a thing of the past and hurricane season dwindles down to a close on November first.

The weather can be unpredictable during the fall, but conditions are mostly stable. Our lightning data shows that summer thunderstorms become a thing of the past and hurricane season dwindles down to a close on November first. Chilly temperatures call for sweaters and hot apple cider as winter draws near. Let’s not rush the seasons along, though!

There are plenty of songs about fall weather, but which ones are the best? Here’s a preview of our Autumn Audio playlist on Spotify. Think we missed something? Make sure it’s not on the complete Spotify playlist and let us know to add it in the comments.

The first piece on our list of songs about fall weather on our list is “Autumn in New York.” Ella Fitzgerald just has one of those voices you want to wrap yourself in. Coupled with Louis’ trumpet, and you’ve got yourself a great tune.

It can certainly feel too cold during the fall months. However, it definitely gets colder when winter comes along! It’s best to get your sweaters out now and adjust to the cold weather.

Not all songs about fall are slow and dreary. This next song our list it an exception! The Kinks prove that point with their 1967 tune “Autumn Almanac.” Give it a listen!

There are dozens of excellent reditions of this popular French song. We chose Eva Cassidy’s version, but we also enjoy Eric Clapton’s, Miles Davis’, and Ed Sheeren’s. You can find a few different renditions on our Spotify playlist!

“October” is the first full month of fall and the title track from U2’s second studio album, released in 1981. It’s a great song to listen to as the last leaves fall to the ground.

The Harvest moon normally occurs in September, but in 2017 it’s rising late in the month of October. The Harvest moon is the first full moon rsing closest to the autumnal equinox, when the sun shinse almost directly over the equator. This aptly named song by Neil Young features beautiful mandolin playing that reminds us of autumn nights spent outdoors.

While most people probably associate November with snow, there is plenty of rain during this autumn month. Guns N’ Roses is the only band to dedicate an entire song to it, though.

While rare, thunderstorms still occur in the fall. This next song on our list reminds us that lightning is always a threat to life and property, no matter the season. In fact, in the winter, thundersnow is a rare yet possible event. Stay alert!

While the first few weeks of autumn can be warm – downright hot, even – the end of the season is quite chilly. This balad by Zac Brown Band is metaphorical, but it’s still a great listen for any music fan.

10. California Dreamin – The Mamas and the Papas

The last song on our list is perfect for the beginning of winter, so save this one for the end! “California Dreamin” by the Mamas and the Papas is one of those timeless hits that generation after generation can enjoy. We hope it takes a long time for all the leaves to turn brown and the sky to turn grey this fall

Check out this playlist and our other top Monday playlists on our Spotify channel. And remember, if you’d like to add a song, just comment below! Subscribe to our blog to make sure you never miss a fun Music Monday playlist or a story about our real time weather data.