Path of the Storm

Super Typhoon Meranti began its journey near Guam as a large cluster of convection moved westward into a highly favorable environment for typhoons. The system then crossed a large swath of seas surface, with temperatures over 30C (86F). Since there was hardly any vertical wind shear present to inhibit development, the storm rapidly intensified to one of the strongest typhoons ever observed in the western Pacific Basin. Earth Networks Meteorologist Anthony Sagliani followed the typhoon closely from its formation.

After passing through Guam, the system then moved through the small northern-most islands of the Philippines on 13 September 2016. In one stunning satellite capture, the island of Itbayat was located directly inside the eye of the monster typhoon. 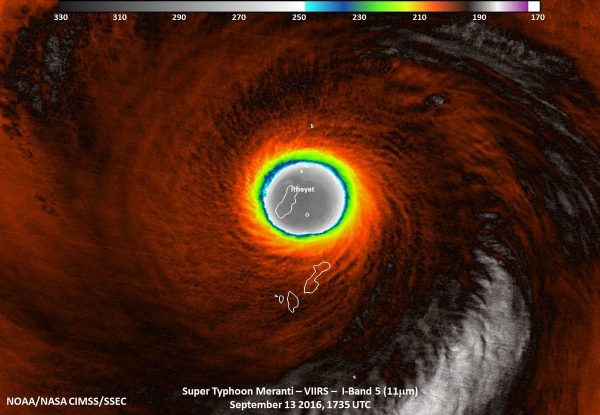 From here, the storm barreled towards southern Taiwan, with its massive precipitation shield overtaking most of the country. 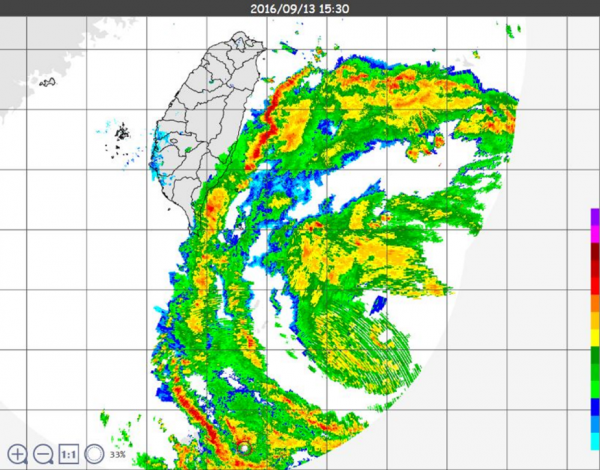 After impacting Taiwan, Meranti made landfall in Fujian Province, China in a much weaker, but still very intense state. Heavy rain is likely to cause flooding in eastern China as the system continues to spin downward over land. 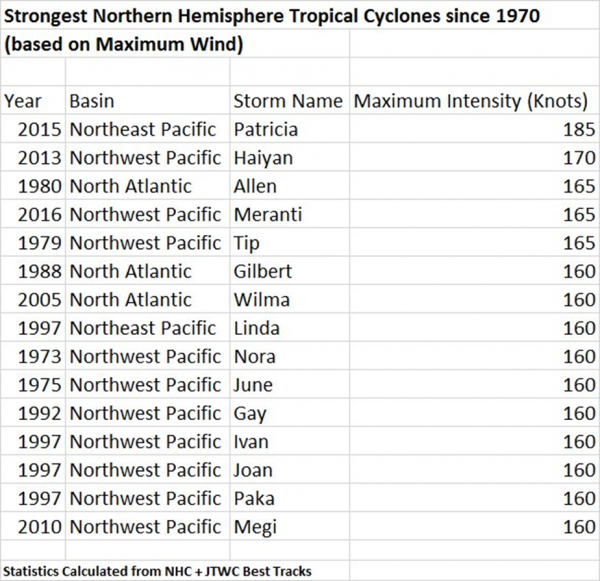 Rainfall totals as high as 784.5 mm (30.88 inches) were measured in parts of the mountainous terrain of southern Taiwan.

Maximum sustained winds were also blowing at an extraordinary rate. Orchard Island, just off the southern tip of Taiwan, recorded wind gusts up to 56 m/s (125mph) on 14 September 2016.

Right on the heels of Meranti is another typhoon, this one going by the name of Malakas. Malakas is expected to continue to intensify, likely passing near or just east of Taiwan as it turns more northward toward the Ryukyu islands of southern Japan Friday into Saturday.

Right now, it looks as if it may be far enough east to spare Taiwan of the strongest wind, but heavy rain and flooding, especially when combined with the tremendous rain from Meranti, is a possibility. Any wobbles westward in the track of Malakas could spell a worsening end result for Taiwan if the system tracks closer to the island. 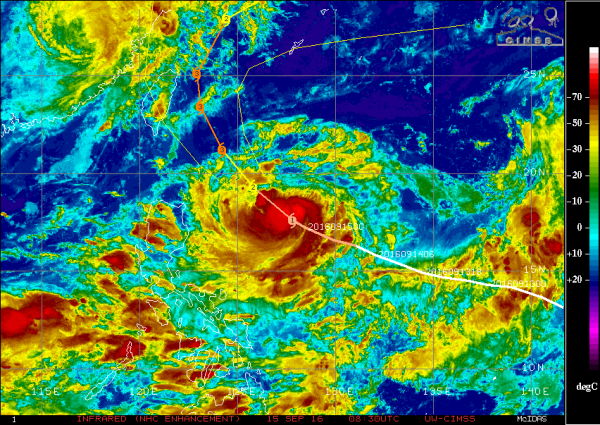 To keep up with the latest tropical cyclone activity in the Pacific Basin, follow @EarthNetworks and our very own expert meteorologist, Anthony Sagliani: @Anthonywx