A woman in Boynton Beach, Florida captured a cloud-to-ground lightning strike that was a little too close for comfort. She took the video as strong storms rolled through the South Florida area on Sunday, May 5, 2019.

If you haven’t seen the video already, you can watch it below.

VERY, VERY FRIGHTENING: A Florida woman looked out the window at the right time, capturing the moment lightning struck just outside her apartment. https://t.co/VqV7Guf1yx pic.twitter.com/oLK7pzE2pG

The woman recording the video was trying to capture the driving rains and high winds when this nearby strike surprised her. The flash of lightning and accompanying noises scared her and surprised many who have watched the video since it went online.

What Are We Looking At?

While we know we’re looking at lightning, there is a lot going on in this single strike. We had our Lightning Scientist, Jeff Lapierre, look at this video, which he called an “amazing shot!” Why?

“Normally, you don‘t see the individual strokes that clearly,” Jeff said, referring to the multiple distinct flashes of lightning. We call these “current pulses.” 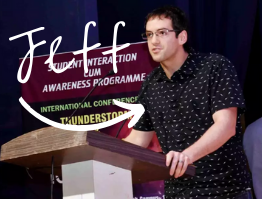 “The current pulse usually ends very quickly (around 1 millisecond). However, the lightning channel within the cloud continues to grow, which we rarely see since it is inside the cloud. This can trigger more current pulses, which we can clearly see in this video.”

On average, a cloud-to-ground lightning strike has 3-5 current pulses per flash, but scientists have observed as many as 47! 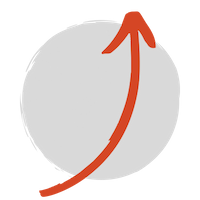 Lots of people think lightning strikes come down from the clouds and strike the ground, but it‘s actually the other way around.

Don’t believe us? watch this version of the video and pay close attention at the 12-second mark. Here you can actually see the ground lighting up before you see anything happening in the air. “That is the current pulse that travels up from the ground into the cloud,” explained Jeff.

Here’s a quick scientific explanation from Jeff that might help you understand lightning better.

Lightning is a channel of supercharged, super hot air. We call this “plasma.” The Earth is basically an infinite source of charge. The plasma acts as a channel for the charge. So when the plasma hits the ground, the charge transfers from the ground up. This neutralizes the charge and is what we call lightning. The current pulse travels at 1/3 the speed of light and is hotter than the surface of the sun.

Here’s a bonus fact: The extremely rapid heating of the channel causes a huge pressure to build in a very small amount of time. That high pressure air then expands outward in the form of sound, which we call thunder.

The storms that impacted South Florida on the day of this strike were extremely strong. Over a 12-hour period starting at 11 am local time, our Total Lightning Network detected nearly 100,000 total lightning strikes.

You can see this lightning strikes in the animated video below. The storm system moves to the southeast and there are two distinct periods of heavy lightning activity over Boynton Beach.

Lightning is fascinating but dangerous. If you want to learn everything there is to know about lightning – including lightning safety and thunderstorm development – head over to our All About Lightning page and get reading.