Torrential rain began falling in western Japan on Thursday, July 5, 2018. These areas received three times the usual rainfall for all of July in just a few days.

The heavy rains began with a typhoon last week., followed by days of more rainfall. In the town of Motoyama on Shikokui island, 23 inches of rain fell between Friday and Saturday morning. Others areas that saw notable damage include:

While more settled weather occured later this week, the area is still at risk for landslides. Japanese officials have evacuated nearly two million people from the region. Authorities opened up schools and gymnasiums to the displaced. Around 12,000 people are seeking refuge in these areas.

The destruction that followed these impressive rainfall amounts resulted in the highest deal toll caused by rainfall in Japan in over 30 years. At least 179 people died as a results of flooding, landslides, and building collapses.

The rains are the worst weather-related disaster in Japan since two typhoon struck in quick succession in August and September of 2011. These storms killed nearly 11 people. The death toll is higher than seen in 2014, when more than 70 people died in landslides caused by torrential rain in Hiroshima.

Those who are safe from landslides and flooding are struggling with high temperatures and a lack of drinking water. More than 200,000 people remain without water under the scorching sun, with temperatures reaching 91F in some areas.

To make matters worse, the transport of relief goods was delayed earlier this week by damaged roads and transportation systems.

More than 70,000 rescue workers are involved in the relief effort. These includes individuals from Japan’s fire service and army. Earlier this week, rescuers were still digging through the mud and debris, with dozens of citizens still missing.

Officials are still worried about sudden rain showers, thunderstorms, and other weather conditions that could induce more landslides. It is critical for rescue operations to count on real-time, hyperlocal weather data when performing critical rescues.

At this time, power has been restored to all but 3,500 homes.

Our thoughts are with the people of Japan at this difficult time. The Japan Meteorological Agency is monitoring the affected areas and offering updates for landslide, floods, and inundation in real time. You can access their website here. 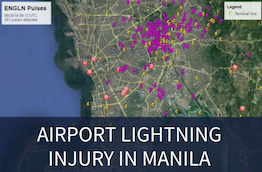