Two of our employees had a close call when lightning struck and injured a ground crew member at the airport they were at.

The victim was working on the ramp at Terminal One on the southwest side of the airport when lightning struck him.

It just so happened that our employees were at the airport when the scary lightning incident occurred.

Two of our employees were at NAIA Tuesday night as they were traveling to the Philippines to visit our friends at PAGASA. They both said it was one of the closest lightning strikes they’ve ever experienced.

The video below shows our total lightning detection for this incident.

Our Earth Networks Total Lightning Network detected 257 in-cloud and cloud-to-ground lightning pulses during the event. This count includes strikes within a 10-mile radius around the airport. 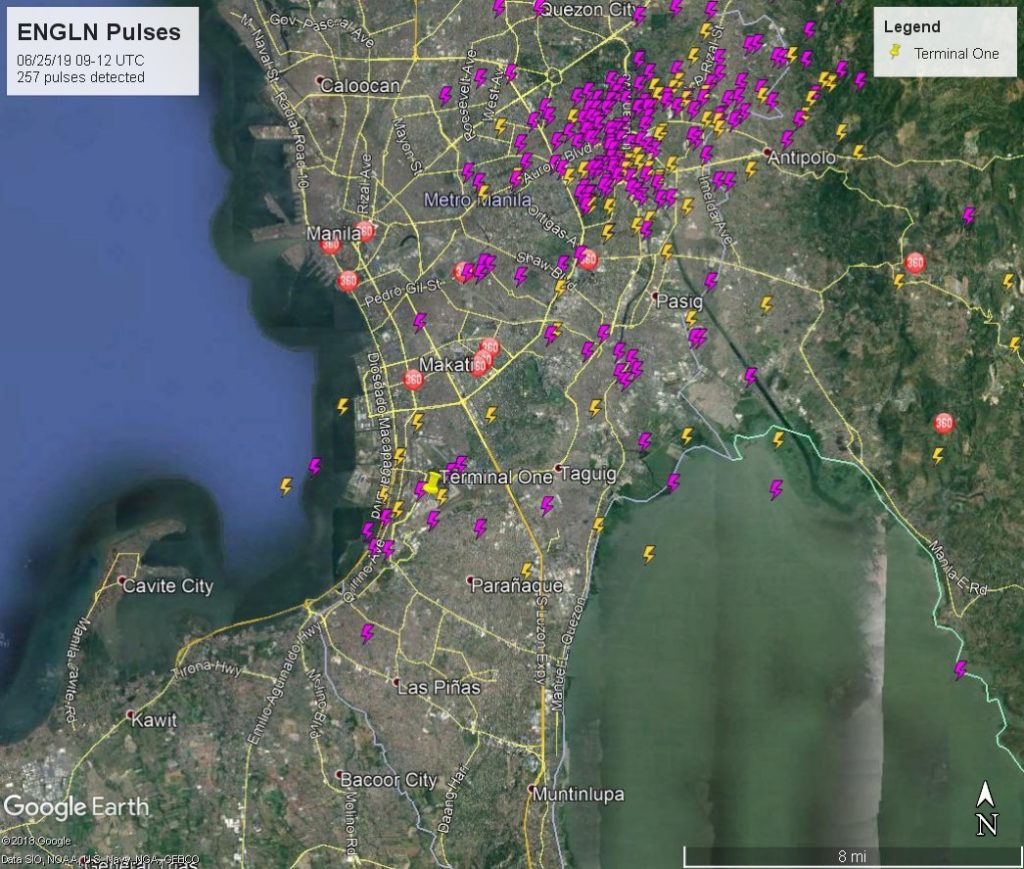 We detected two cloud-to-ground strikes at 6:53 p.m. local time that we believe could have injured the airport employee.

The first had an amplitude of -39,565 Amps and was approximately 590 meters from Terminal One. 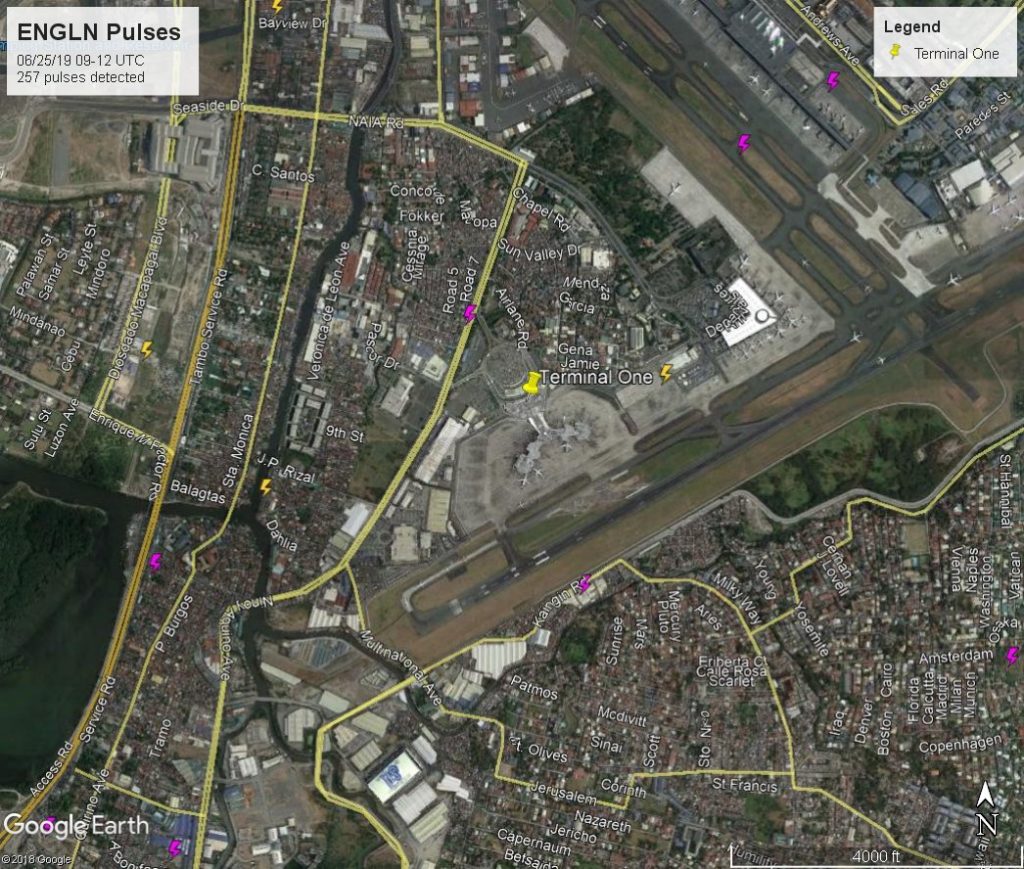 Earth Networks Meteorologist and Program Manager, Steve Prinzivalli, ran the lightning analysis for this event. “All thunderstorms are dangerous and pose a huge lightning threat – whether they are ‘severe’ or not,” said Steve.

“All airports need to have a lightning altering system like our Outdoor Alerting System for the safety of both travelers and airport personnel.”

Numerous airports around the world use our lightning horn and strobe system, called an Outdoor Alerting System (OAS for short), to protect people from lightning strikes.

A lightning horn is one of the most important weather tools for airports to use to increase safety on the ground. There is plenty that can go wrong when severe weather rolls up on the tarmac. When used in conjunction with weather visualization software, an Outdoor Alerting System is a great defense against lightning injuries and even death.

Lightning safety for airport operations must be a focus for aviation professionals. If you have any questions for Steve or other members of the Earth Networks Team regarding this important issue, please ask them in the comments below.

Since Lightning Safety Awareness Week started, U.S. lightning fatalities dropped from about 50 per year to about 30 per year.

You can explore more content on lightning safety and Lightning Safety Awareness Week on our blog. If you’re interested in lightning case studies and understanding when and where lightning strikes, subscribe to our blog for future posts.

If you’re an airport interested in learning about our Outdoor Alerting System, Sferic Maps, and other weather solutions, please email us at info@earthnetworks.com.