Why Having a Lightning Detector Isn’t Enough

Benefits of a Lightning Detector 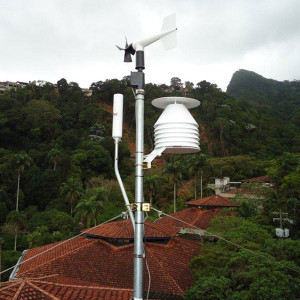 Lightning detectors and alerting systems are a critical advancement to lightning safety. From advanced monitoring and alerting systems that can be installed at public areas and businesses to simple mobile applications, lightning safety information is accessible to practically everyone in the U.S. Lightning detectors can warn of approaching storms, assess the probability for other dangerous conditions and give the all-clear sign when lightning is no longer a threat. The problem with lightning detectors is that they cannot protect people unless people react to them quickly, seriously and without question.

How to React to a Lightning Alert

When a lightning detector sends out an alert, be it a horn blast, strobe light or text message, reacting immediately is necessary for protecting lives and critical infrastructure. Lightning detectors send out alerts when pulses of lightning are within a certain radius (normally 8-10 miles) of the area. Oftentimes, lightning will not be visible from the at-risk area. This is a protective measure designed to leave enough time to seek shelter before lightning is a threat to safety. The biggest mistake made when reacting to lightning alerts is not taking the warning seriously.