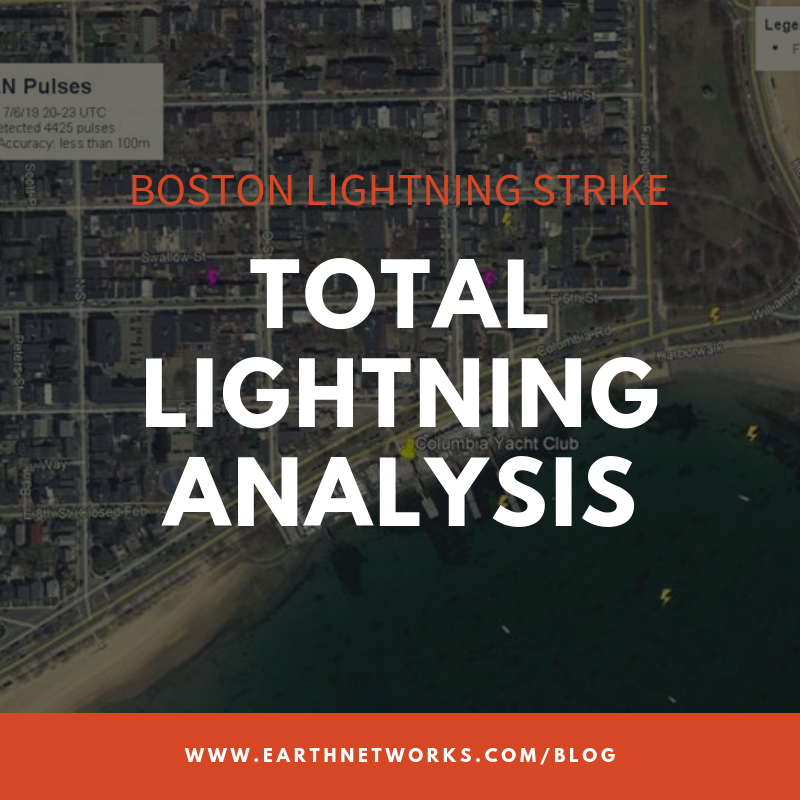 A man videoing a thunderstorm got the shock of his life when a cloud-to-ground lightning bolt lit up a boat docked in front of him.

The incident occurred on Saturday, July 6, 2019 at the Columbia Yacht Club in South Boston, MA. Storms rolled through Boston during the afternoon and evening hours. They ended around 9:45 p.m. EDT and produced about 1 to 1.5 inches of rain, according to the National Weather Service.

The owner was not on it and no one was hurt.

Our meteorologists ran an Earth Networks Total Lightning Network analysis from 20:00 UTC to 23:00 UTC. For reference, this is 4 p.m. EDT to 7 p.m. EDT. In this three-hour period, our network detected 4,425 pulses within a 10-mile radius of the club.

We also detected several cell tracks and two Dangerous Thunderstorm Alerts (DTAs). You can watch an overview of our analysis in the video below. Since we detect total lightning, we show both cloud-to-ground (yellow) pulses and in-cloud (magenta) pulses. 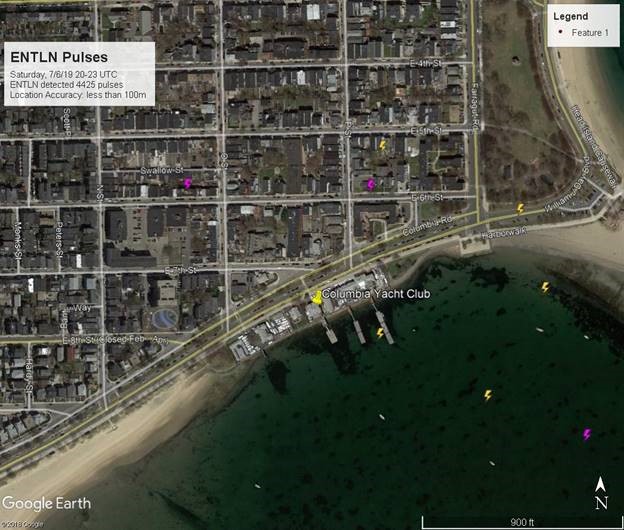 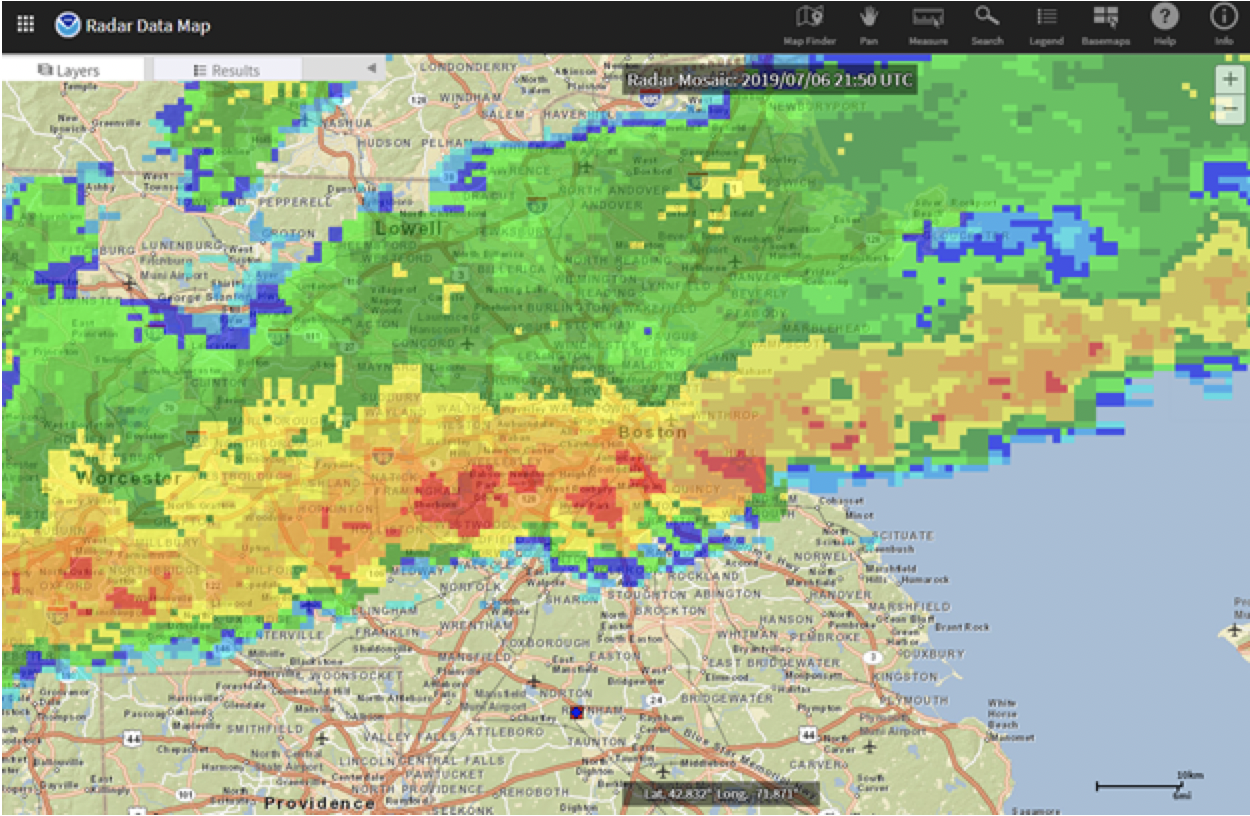 A passerby recorded the bolt of lightning as it struck the boat. This dramatic video was widely shared on social media and the news. We’ve included a tweet showing the video below from Boston 25 News, giving credit to the man who took the video: Harry Minucci.

With thunderstorms rolling across Massachusetts and New England on Saturday, one person in South Boston caught the #shocking ⚡⚡ moment when lightning struck a nearby boat. #boston #boston25 #southie #zap pic.twitter.com/mVylFptsGr

If you find lightning fascinating, you’ll want to read our 2019 Mid-Year Lightning Report.

Our lightning scientists compiled our total lightning and Dangerous Thunderstorm Alert data from the continental United States to show us:

You can read the full report by clicking the link below.