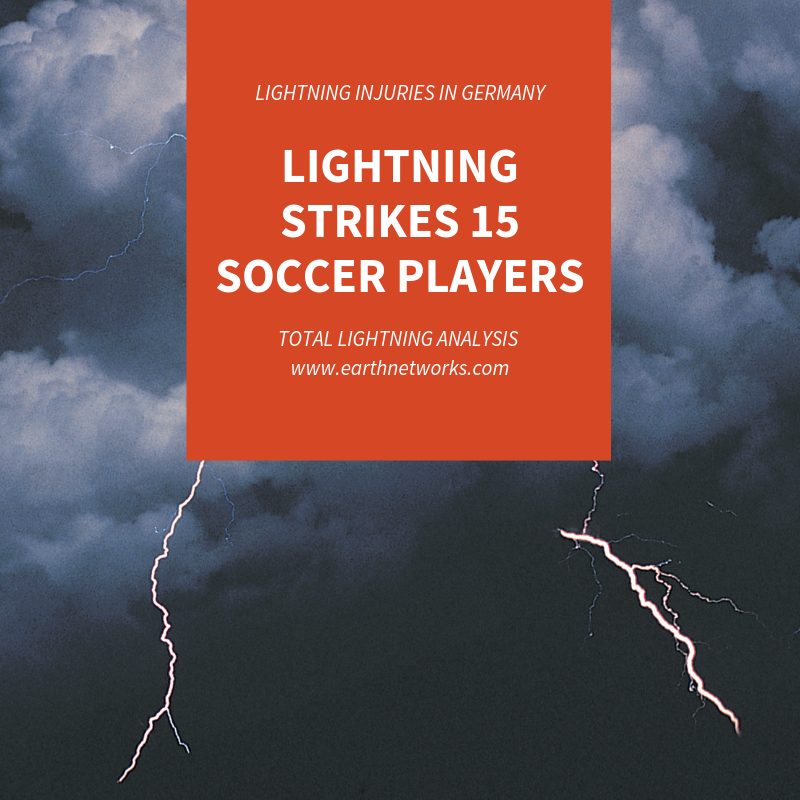 Sometimes an athlete’s greatest opponent is in the sky.

Lightning struck and injured 15 soccer players in southern Germany on 9 August 2019. The players were practicing on Friday night at a soccer field in Rosenfeld-Heiligenzimmern when the incident occurred.

Lightning strike injuries can range from dizziness, to eye issues, to burns. Luckily, this lightning strike only caused minor injuries to the 15 players. Following the strike, they visited the hospital as a precaution. 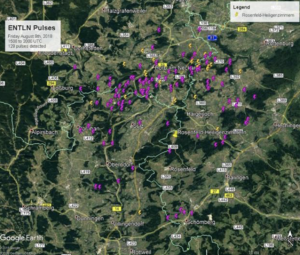 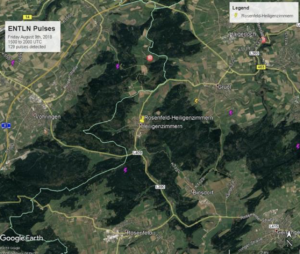 It’s important to note that our alerting technology could have prevented these injuries. Our total lightning network detected a nearby in-cloud pulse at 17:57 UTC, which would have provided at least several minutes of advanced warning for the footballers to seek shelter.

When people talk about weather safety and sports, they often focus on the dangers of heat. It’s true that heat-related illnesses have recently caused a lot of injuries and deaths throughout the world, but those in the industry can’t forget about the threat of lightning.

Lightning strikes often injure players because of insufficient warnings or the desire to finish a game or practice. That’s why it’s so important to have an outdoor alerting system that’s impossible to ignore and predetermined severe weather protocol to keep players, fans, and employees safe.

Our lightning network helps us investigate incidents like this one, but it also helps us understand overall weather patterns. You can learn more about recent total lightning activity in the U.S. by reading our 2019 Mid-Year Lightning Report.