Return on Investment: How Investing in Resilience Pays Dividends in Continuity

When a major organization has a disaster (either man-made or from Mother Nature) what happens to their business? Are they able to function normally in the aftermath? Or, do they need to implement some major changes in order to make things work correctly again?

That’s the question for today’s guest on the Continuity Forecast podcast, Franco Cordeiro, who is the Director of Business and Technological Resiliency at KPMG.

KPMG is a large consultancy practice which has thousands of employees with offices in nearly every major country in the world. He has been with the company for fifteen years and started as the Head of Resilience for their Australian branch, before moving to the US and spearheading those efforts.

So what exactly is business resilience?

Remember our earlier question? If an organization faces a disaster it disrupts the workflow of their operations. Resilience refers to the organization’s ability to continually function and provide people, assets, and overall brand equity.

The ability of a company to continue operating is called continuity, and it is vital to the health of the company.

How can you insure continuity?

Franco points out that there are many companies with departments that work on enhancing resilience. For example, network performance and stabilization teams have recently begun picking up the concept of inculcating resiliency into the business to help continuity plans down the road. If a disruption occurs, there is a tactic set in place to manage it before it happens.

This can easily be accomplished by your organization by informing their performance maintenance teams to test key pieces of the network so that they are working proactively to test infrastructures for potential breaks instead of waiting for something to break so that they can always be ahead of continuity plans.

How do you measure resilience dividends?

One of the concepts that executive boards tend to struggle with is the concept of resilience as a qualitative state. Meaning, the ability to resile, to come back to processes that were pre-existing. Franco explained that his company measures their  ability to do that so that they can calibrate investments that can go towards those efforts. That’s one of the areas that is being pioneered in the field, that might have been traditionally outside of business continuity disciplines in the past.

The main question that boards ask is: for every dollar that we spend on resilience how do we prioritize across a number of needs?

Franco explained that they weigh the pros and cons of spending money in different areas based on a portfolio of which needs will provide the biggest bang for their buck.

Franco also suggests using decentralization as a common structure across disciplines, using it as an overall concept of resilience. He also adds that there is more of an enterprise view of how resilience works that is being adopted today.

This is often at the behest of government regulations or customer expectations, but it also is central to the way business is conducted at KPMG. Here are his seven characteristics to how resilience is handled well at leading organizations.

Board is heavily invested.

Everyone understands it at the organization, not just a single team.

Testing things that work well and ruining them to see how easily you can recover.

7. Embedding Communications and Testing Them

Differentiate the organization from their continuity approach in order to test it.

Resilience has been traditionally viewed as the sum of its parts. Now, new technology and other forms are making advances that can help to make it easier for enterprises to adopt these seven characteristics. AI is one of them. Additionally, the more company-wide awareness that a team has, the easier it is to implement changes. 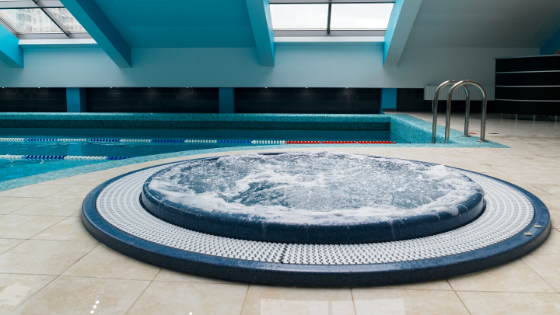 A study was conducted in 2013 where over 89 countries were studied who had experienced significant climate-based and man-made disasters. According to the study these countries were disproportionately more successful at recovering, than were countries who hasn’t faced them. They don’t just replace broken infrastructure, they upgrade it. They tend to use these investments to update their machines so that they break less.

Franco personally found that when floods hit Australia organizations choose not to cover up their underlying business process, but to change them. That way they could fix the root of the problem instead of just fixing symptoms.

The study found that homeowners who fixed their backyards, decided to buy jacuzzis in record numbers, because when they improved their landscaping they wanted to make it as good as possible. This is a good rule of thumb for how your company can make business resilience strategies better. Instead of just fixing problems, implement the best solutions possible.

To hear more from The Continuity Forecast, check us out on Apple Podcasts, on Spotify, or on our website.