Thundersnow: The Crazy Winter Weather You Need to Know About 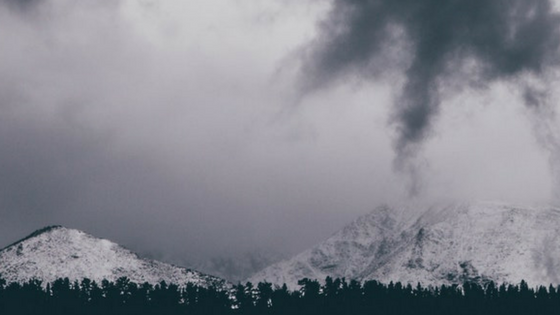 When you think of winter weather conditions, you probably think of snow, ice, hail, and wind. But have you ever thought of thundersnow?

Unless you’re a meteorologist or you’ve experienced it firsthand, you probably haven’t. You might even be surprised that it exists. Nothing is more surprising than hearing the low rumble of thunder or seeing lightning streak across the night sky during a blizzard.

Why does thundersnow happen and do the public and organizations both have to worry about it? Let’s go through everything there is to know about this interesting meteorological phenomenon.

What is Thundersnow and Why it Happens

Thundersnow is a lot like a regular thunderstorm you’re used to seeing in the summer, except snow falls instead of rain. Some people call it a thundersnowstorm or a winter thunderstorm. These wintry thunderstorms are less common than summer thunderstorms because they occur in the colder months of the year.

There are typically three causes of thundersnow. The first is a normal thunderstorm on the leading edge of a cold front or warm front. These have to form in a winter environment or run into cool air. Of course, the precipitation falling needs to be snow. Otherwise, it would be a normal thunderstorm!

The second cause is a heavy synoptic snowstorm that sustains strong vertical mixing. An upward motion allows for favorable conditions for lightning and thunder to occur because warm air is trying to get through much cooler air.

The last reason thundersnow forms is because of a lake effect or ocean effect thunderstorm. Cold air passing over relatively warm water will create these types of storms. The effect commonly produces snow squalls over the Great Lakes and thundersnow, as well.

When these storms form, lightning seems brighter because the light reflects off of the falling snow. On the other hand, the thunder is lower in volume because the snow dampens its sound. In fact, you can only hear thunder from this type of storm from 2-3 miles away.

Where Do These Storms Occur? 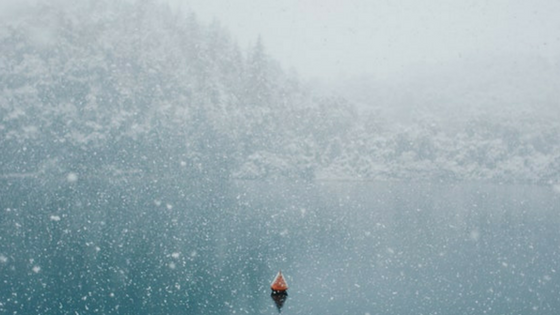 Thundersnow is most common with lake-effect snow in the Great Lakes area of the United States and Canada. Other areas that often see thundersnow are the Midwestern United States, the Great Salt Lake, and Halifax, Nova Scotia. While most of these storms occur in April or May, it’s not impossible for them to happen earlier in the winter. In 2018, multiple thundersnow occurrences were already on record before February.

Around the world, The British Isles and other parts of northwestern Europe occasionally report thundersnow too. If we keep moving around the globe, Kanazawa, the Sea of Japan, and even Mount Everest are no strangers to this weather event.

Should We Be Worried?

Thundersnow – while fascinating – can also be very dangerous. These systems are very strong winter storms. In one case, a teacher was struck by lightning as her school prepared to dismiss students for the day.

Oftentimes, thundersnow produces heavy snowfall rates in the range of 2 to 4 inches (5 to 10 cm) per hour. This type of snowfall intensity is great at limiting visibility, which makes travel treacherous. Even if there is light wind, the snowfall rate is high enough to create big problems.

When this event occurs it is often part of a blizzard or winter storm. That means you also must look out for other dangers that come along with those storms as well. These conditions include:

These conditions can cause hazardous travel, winter power outages, and the perfect environment for frostbite. While it’s tempting to get video evidence of thundersnow, make sure you’re doing it safely INDOORS.