Lightning in New Jersey Is Dangerous to Park Visitors

When most people think about lightning in New Jersey, they don’t imagine it as a big deal. When we think lightning, we think about Florida, the lightning capital of the U.S. Or we don’t think about the state at all. Instead, we think about memorable photos of lightning striking the nearby Empire State Building or storms forcing us off the beaches down at the Jersey Shore.

However, lightning dangers in the state of New Jersey are much more common than most people think. This danger is amplified at locations where people are outdoors. Parks and recreation facilities are a hot spot for lightning threats throughout the state’s beaches, wetlands, and mountains. Unfortunately, lightning injuries and death are no stranger to the Garden State. Keep reading to explore two cases of dangerous lightning in New Jersey over the past few years and how real-time lightning data could have helped.

Lightning in New Jersey, or any other location, always has the potential to be deadly. This is true even when skies are blue. On September 7th, 2012, lightning struck and called a man on the campus of Northern Valley Regional High School in Demarest, NJ. Without a warning from the National Weather Service or the school itself, the victim had no idea the storm was coming. Local police said the storm swept in without much warning and the lightning started while the skies were still sunny.

This chain of events is not uncommon. We know that lightning can strike up to 10 miles away from a storm. A lot of the time, people who are outdoors are in danger of being struck without even knowing it.

The National Weather Service did send out a Severe Thunderstorm Warning, but it was too late. The fatal strike occurred at 4:22 PM while the alert was issued at 4:35 PM.

Lightning isn’t always deadly, but survivors can sustain terrible injuries. On July 3rd, 2014 lightning created another safety problem in Newton, NJ. The kids were at the Great Divide Campground when a storm rolled through the area.

Our network showed the first in-cloud lightning strikes within a 10-mile radius of the campground occurred at 4:35 PM. Ten minutes later, lightning activity began to build south of the campsite. In the next ten minutes, the lightning started to approach the campground area as the storm shifted NE towards Sparta Township. By 5:38 PM the storm reached the campground and we detected dangerous cloud-to-ground strikes. This is the time the children were injured. 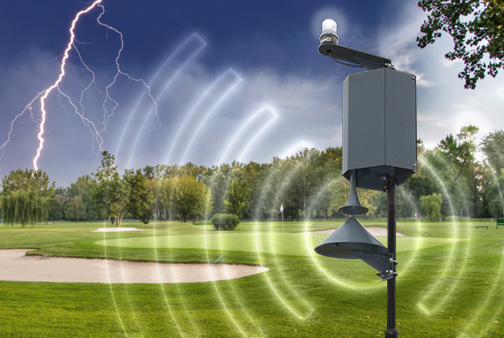 There are a ton of alerting options out there, so it’s important for decision-makers to be smart and do their research. If you’re using a lightning prediction system, you’re using an antiquated technology that doesn’t even detect lightning strikes. If you’re using a system that detects only cloud-to-ground strikes, you are also leaving people in danger because nearly 80% of all lightning strikes in in-cloud discharges. To learn more about the best outdoor alerting systems, please download our free buying guide. 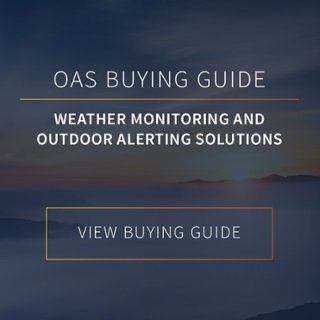